Bengaluru News Highlights: The Advocates’ Association of Bengaluru Saturday staged a protest at the National Law School of India University (NLSIU) in the city over the alleged non-implementation of the domicile reservation policy at the institute. The association and other pro-Kannada outfits said the institution was acting against the interests of Karnataka students by not implementing the 25 per cent domicile reservation. The association in a letter addressed to Chief Justice of India DY Chandrachud, who is also the chairman of the executive council of the NLSIU, sought the latter’s intervention in the implementation of the reservation policy as is followed in other National Law Schools across the country.
Meanwhile, intensifying its campaign in poll-bound Karnataka which will see assembly election in a few months, the ruling BJP launched its nine-day ‘Vijaya Sankalpa Yatra’ in the state yesterday, according to news agency PTI. The BJP kick-started its aggressive poll campaign from two important Lingayat Maths – Jnana Yogashrama in north Karnataka and Siddaganga Math in Tumakuru in south Karnataka, apparently to woo the state’s dominant Lingayat community, which Chief Minister Basavaraj Bommai and his predecessor B S Yediyurappa belong to.
In other news, days after a woman and her son were crushed to death after a Metro pillar under construction collapsed on them, Bangalore Metro Rail Corporation Ltd (BMRCL) managing director Anjum Parvez has been summoned for questioning. According to police sources, Parvez was called for questioning on Friday but he cited health issues and responded that he would not be able to appear. Parvez will be summoned again and he has stated that he would appear for questioning once his health condition improves.
Senior Congress leader Siddaramaiah on Sunday claimed that he and his party leaders will retire from politics and go home, in case they are not able to fulfill promises made to people, on coming to power in Karnataka, after the Assembly polls by May.

The former Chief Minister assured that his party will fulfill the promises made to people, however difficult it may be.

“If we come to power we will give 10 kg of rice, already we have promised 200 units of free power and Rs 2,000 to women-led households…you have trust in us right? However difficult it may be, we will fulfill our promise,” Siddaramaiah said. (PTI)
In a suspected case of a leopard attack, a 11-year old boy, who had gone missing from T Narsipura Taluk here, has been found dead, police said on Sunday.

According to sources, this is said to be the second such human death in the last 48 hours, and the fourth since November 2022 in the taluk.

The boy, identified as Jayanth, had gone missing from Horalahalli village of the taluk on Saturday evening, and his mauled body was found about one kilometre away on the outskirts of the village amidst shrubs, police said. (PTI)
24 persons including Serving Doctors,Medical Interns MBBS students have been booked for drug peddling & consumption by Mangalore Police

Say No to Drugs pic.twitter.com/Vj2Li6hEmU
Rudragouda Patil alias RD Patil – considered the kingpin of Karnataka’s sub-inspector recruitment scam – has released a video claiming that he is ready to contest from the Afzalpur Assembly seat if people ask him to. RD Patil Thursday escaped arrest after purportedly pushing away CID (Criminal Investigation Department) officers.

RD Patil, 38, who faces at least eight cases related to government job recruitment scams, claimed that the CID was targeting him on the instructions of “political masters who were afraid of his rise”. Read More

#Karnataka PSI recruitment scam accused RD Patil who escaped when CID went to arrest him now release a video, claims that he is innocent. @IndianExpress pic.twitter.com/WEAPtjDAx4

Karnataka Congress will stage a silent protest in over 300 locations across Bengaluru on Monday to “raise awareness about rampant corruption in the BJP government”.

Addressing a news conference, Congress legislator N A Haris said the protests will be held in front of 51 Metro stations and at 26 flyovers and 200 traffic signals in the city. “We will not disturb the movement of traffic. Congress workers will hold placards and protest against the state government,” he said.

The protests will be first held in Bengaluru before party workers stage similar agitations across the state. Read More
A Metro side barricade falls on a moving car near Doddenakundi in Bengaluru on Sunday. The car got damaged and traffic goes for a toss.

Samaya Bharati organised the 21st Indian International Watch and Clock Fair for the second consecutive time in Bengaluru. Over 300 brands from all over the world are participating in the fair conducted for the first time after the Covid-19 pandemic.The exhibit is open to the public till January 22 at Palace Grounds.


An 11-year-old boy who went missing from a village in Karnataka’s Mysuru was found dead Sunday morning in a suspected leopard attack, according to forest officials. Read more here
The Karnataka forest department has booked Kannada film actor Darshan Thoogudeepa, his wife Vijaya Lakshmi and farmhouse manager Nagaraj under the Wildlife Protection Act for allegedly keeping bar-headed geese, a species of migratory birds, at his farmhouse located on the outskirts of Mysuru.
The raid was conducted after a recent interview of Darshan, ahead of the release of his movie ‘Kranti’, went viral in which the actor mentions read more
With road rage incidents becoming frequent in metropolitan cities, including Bengaluru, a senior police officer has appealed to the people for restraint and to call the authorities instead of taking law into their hands.
A prominent psychologist in Bengaluru has suggested that a mental health certificate should also be made necessary while issuing driving licence. The appeal came after two horrific incidents of road rage came to light in a span of four days in Bengaluru where a young biker dragged a septuagenarian for almost a kilometre on January 17 and a man was dragged on the bonnet of a car for over a kilometre on January 20. (PTI)
As part of the International Trade Fair 2023, Palace Grounds in Bengaluru played host to a Millets and Organics show this week. Taking a cue from the changing dietary trends post pandemic, the Government of Karnataka organised this event to promote healthy eating. Notably, 2023 has been declared the International Year of Millets (IYOM 2023) by The United Nations. Spearheaded by the PM Narendra Modi, state and central governments are taking initiatives to promote and increase awareness of this nutritional crop. Know more here
The Delhi Police arrested a 41-year-old man who allegedly posed as an employee of the royal family of Abu Dhabi and cheated the Leela Palace Hotel by staying for over three months and leaving without paying the bill running into lakhs of rupees. The police said the accused, Mohammed Sharif, was arrested from Bengaluru on January 19.
The police said Sharif stayed at the five-star hotel from August 1 to November 20 last year and left without informing anyone. The man also allegedly stole read more here
The Mahabharata Project, a stage production by director Rajesh PI, is being described as an investigation into the psychology and behaviour of the lead characters. Using various mediums of storytelling, like body theatre, Kalaripayattu, dance, song, music, movement, and poetry, this production promises a fresh look at the classical epic. Rajesh, who has been in the field of theatre for more than three decades now, has a special fascination with the story of the Mahabharata and has done three other productions based on it. Read more here 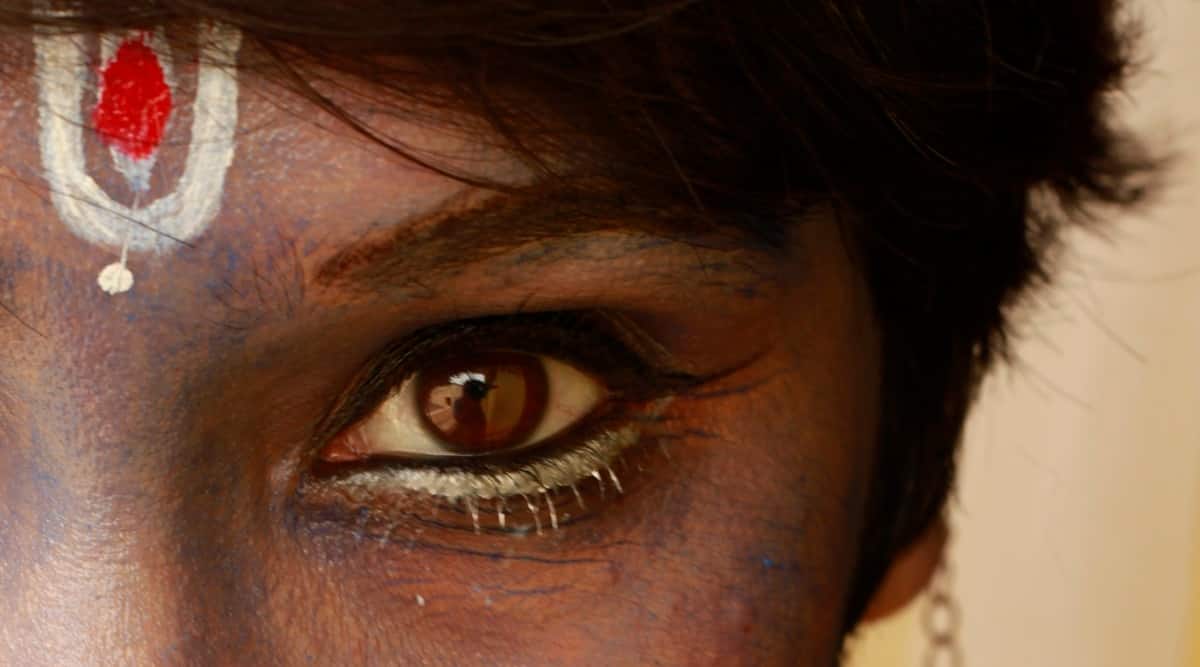 From migratory birds and idol immersion to housing diverse species of flora and fauna, the 19th-century Sankey Tank lake in Bengaluru has many features. Spread across 37.1 acres in Bengaluru’s western part, Sankey Tank is a man-made tank bund, built in 1882 under the supervision of Colonel Richard Hieram Sankey of the Madras Sappers Regiment.
The tank, situated in the middle of the neighbourhood of Malleshwaram, Sadashivanagar and Vyalikaval, was restructured and developed into a park in 2000 by Bengaluru Water Supply and Sewerage Board (BWSSB) and Bengaluru Municipal Corporation (BMC). Know more… 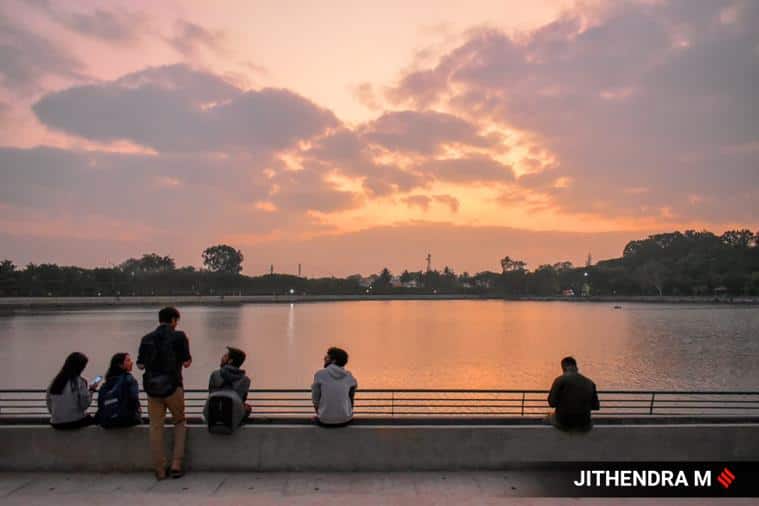 The Advocates’ Association of Bengaluru Saturday staged a protest at the National Law School of India University (NLSIU) in the city over the alleged non-implementation of the domicile reservation policy at the institute.

The association and other pro-Kannada outfits said the institution was acting against the interests of Karnataka students by not implementing the 25 per cent domicile reservation. Read More 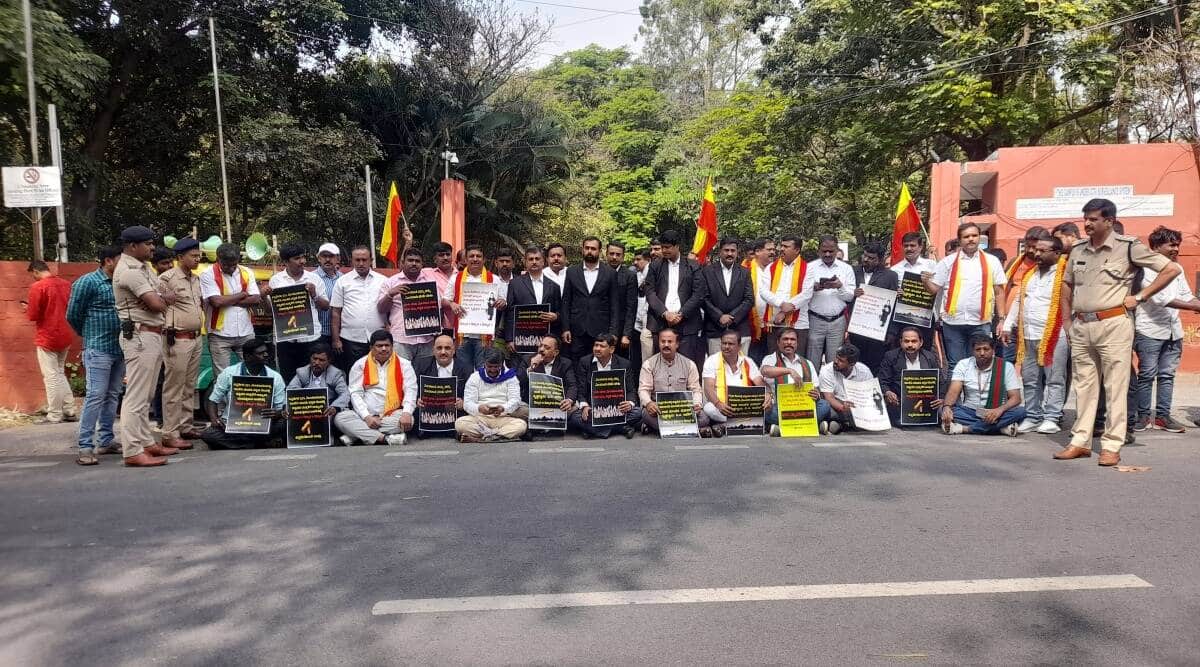 The following trains are cancelled/partially cancelled due to Line Block and Power Block for removal of temporary girder for replacing of Stone slab with RCC boxes of Bridge No. 696 at Kuppam Yard as per detailed below: –

1.    06292 Kuppam – KSR Bengaluru MEMU commencing journey from Kuppam on 22.01.2023 & 25.01.2023 will be partially cancelled between Kuppam – Bangarapet. Acordingly, this train will start journey from Bangarapet instead of Kuppam.

The following trains are partially cancelled due to suspension of shunting neck at Bengaluru Cantonment Yard as per detailed below: –

Train No. 17604 Yelahanka – Kacheguda Express commencing journey from Yelahanka from 23.02.2023  to 01.02.2023 will be provided with one minute temporary stoppage at Shadnagar Station for the International Spritual Gathering at Chegur, near Shad Nagar/Timmapur stations during 25th to 27th January – 2023 and 1st February to 3rd February. Accordingly, this train will arrive/depart Shadnagar 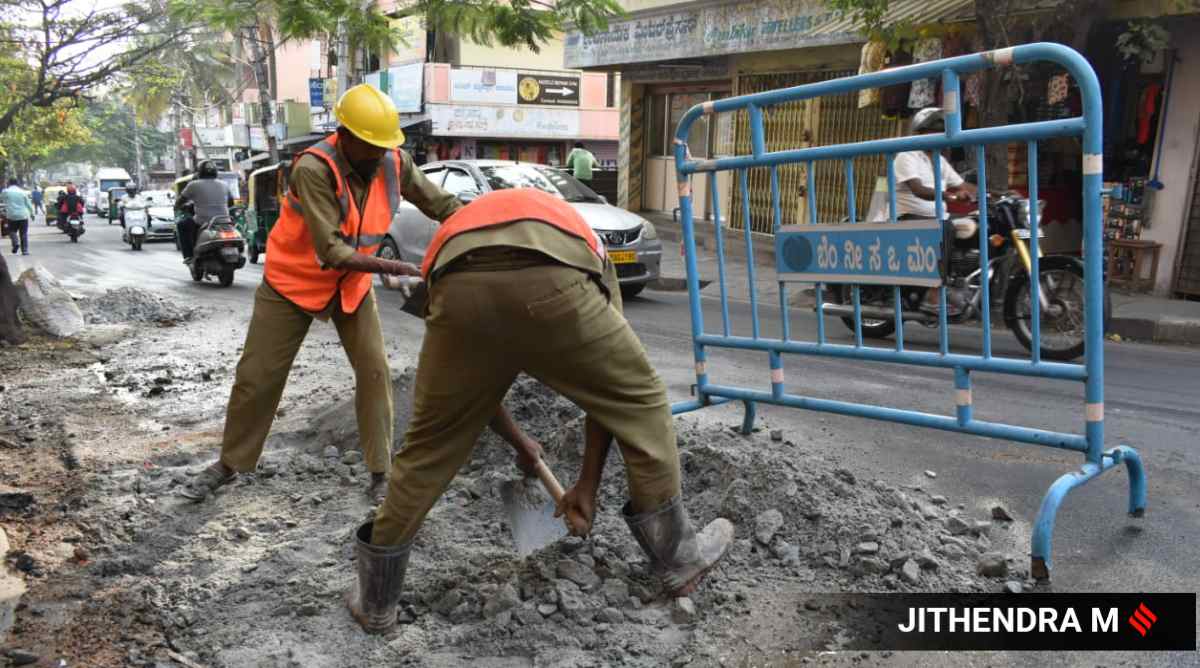 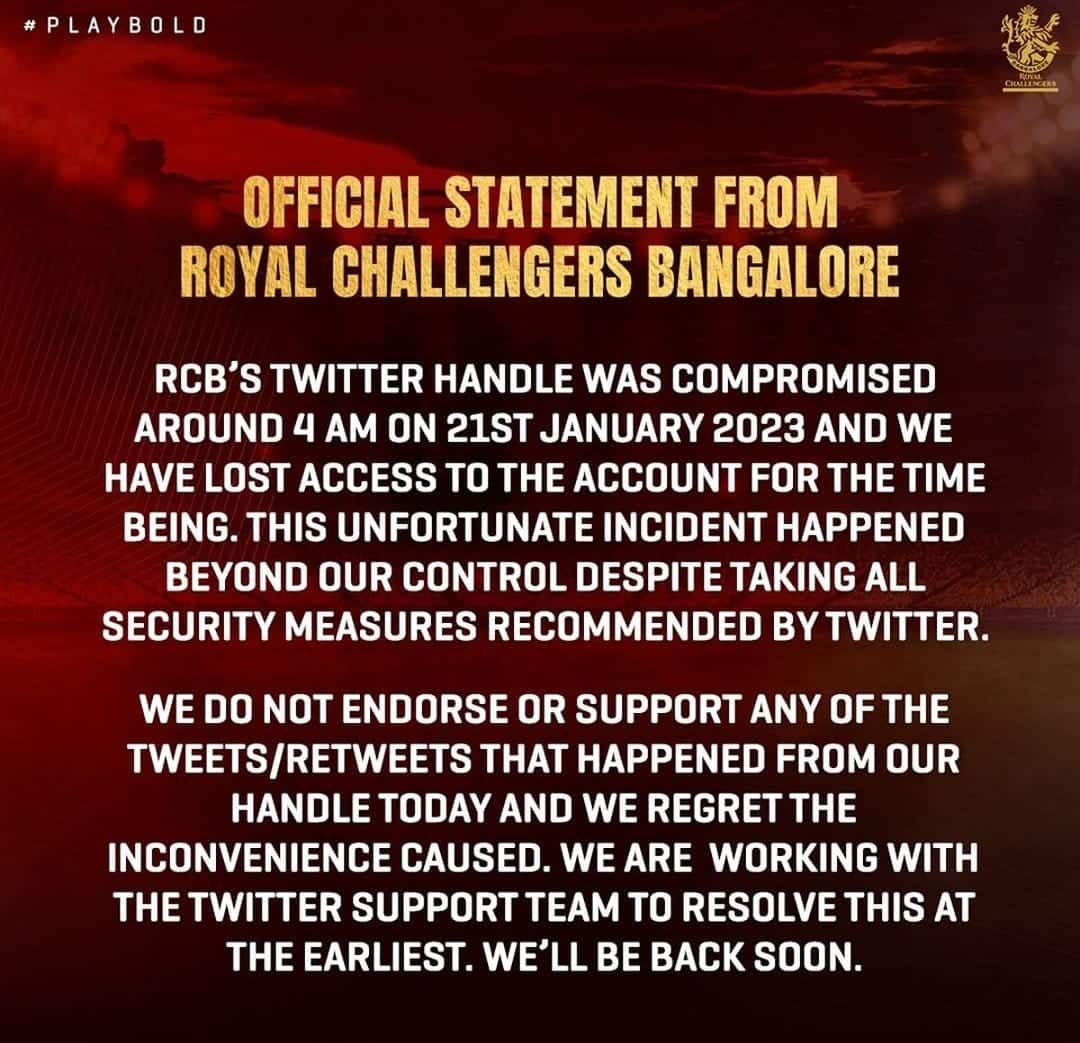 Know Your City: Tales of bravery housed at Madras Sappers’ museum in Bengaluru
The Madras Engineer Group (MEG), popularly known as the Madras Sappers, is a group of the Corps of Engineers in the Indian Army. Its headquarters – located at Halasuru in Bengaluru – have been chosen as the venue for the Army Day parade this year. After India’s Independence, the Army Day parade will take place outside the national capital for the first time.
The Madras Sappers/ HQ MEG and Center (Express Photo by Jithendra M)
The Madras Sappers draw their origin from the erstwhile Madras Presidency Army of the British Raj and are older than the other two groups of the Corps of Engineers – Bengal Sappers and Bombay Sappers. (Read more)
The Bengaluru Metro Rail Corporation Ltd (BMRCL) has invited the commissioner of metro rail safety to inspect the metro work between KR Puram and Whitefield, which is expected to be thrown open in March, according to BMRCL MD Anjum Parvez.
The inspection work will include checking of tracks, station safety, signalling, electrical establishment on the stretch. “We have submitted all the required documents related to the metro work on this stretch to the metro rail safety commission. The commissioner is expected to start the inspection work on February 16 and submit the report in four to five days. After that we will begin our trial runs. We are expecting the stretch to be ready for operations from March this year,” said Parvez.
While the KR Puram-Whitefield stretch is part of the phase 1 metro work of the Baiyappanahalli-Whitefield stretch, the phase 2 metro work between KR Puram and Baiyappanahalli will start only by June. “Under phase 2 we still have a major challenge to address, which is the railway crossing line near the Baiyappanahalli depot. Once the work is completed, we can expect the operations to start in June. Until then, we will be arranging BMTC feeder buses from KR Puram to Baiyappanahalli, for passengers who want to travel beyond KR Puram from Whitefield,” said Parvez.