Bengaluru, Karnataka News highlights: The Bruhat Bengaluru Mahanagara Palike (BBMP) continued its encroachment eviction drive along SWDs in Mahadevapura and Yelahanka zones Tuesday. The BBMP informed that a wall of a residential building in Papaiah layout that encroached the storm water drain (SWD) was cleared. Whereas in Yelahanka a compound wall of NCBS Mandara Housing Complex was removed.
As Karnataka gears up to celebrate ‘Hindi Diwas’ on Wednesday, JD(S) leader and former Chief Minister H D Kumaraswamy has written a letter to sitting CM Basavaraj Bommai against it. “Celebrating the Union government-sponsored Hindi Diwas programme on September 14, forcefully in Karnataka, will be an injustice to Kannadigas by the State government. I urge that for no reason Karnataka government should celebrate Hindi Diwas by utilising the State’s taxpayers’ money,” Kumaraswamy said in his letter, reported news agency PTI.
The Bruhat Bengaluru Mahanagara Palike (BBMP) Monday began a demolition drive in Mahadevapura as part of its efforts to remove encroachments from storm water drains and lake beds. Some of the encroachers include Bagamane tech park, Purva paradise, Wipro, Eco-space, Gopalan International School, Divya School, Columbia Asia Hospital, New Horizon College, Epyslon and DivyaShree, Prestige, Nalapad, Salapuria and Adarsha.

A meeting of the Congress Legislature Party was held at a private hotel in Bangalore on Tuesday under the chairmanship of Leader of the Opposition Siddaramaiah and the presence of party state in-charge, AICC general secretary Randeep Singh Surjewala, Rajya Sabha Leader of the Opposition Mallikarjuna Kharge, KPCC president D K Shivakumar and others.

B S Yediyurappa was being congratulated during his arrival for the first time in the BJP State Legislature meeting after being elected as a member of the Central Parliamentary Board.

Chief Minister Basavaraj Bommai assured the farmers of Chikodi in Belagavi district that the Mahalakshmi Lift Irrigation scheme will be completed within the stipulated time.
He said a delegation of Farmers’ leaders of Chikodi taluk led by former MP Prabhakar Kore met him here on Tuesday to thank the government for sanctioning lift irrigation project.
The Bengaluru south division police has claimed to have seized 506 kg of ganja worth over Rs two crore based on a tip off that a large quantity of ganja had been brought to the city from the Malkangiri region of Odisha for sale in Bengaluru.
Acting on a tip off that four to five people, including a woman, were in possession of a large quantity of ganja at a location near the north gate of the Kempambudhi Lake in south Bengaluru, the police raided a location where five persons were sitting in an auto-rickshaw and scooter on September 12.
“Five persons have been arrested and ganja worth nearly Rs two crore and weighing 506 kg has been seized along with an auto-rickshaw and a two wheeler used for the sale of the ganja,” the south division police said in an official statement on Tuesday. The arrested persons have been identified as Navaz Pasha, 35, Noor Mohammed, 35, Mubarak, 35, Imran Pasha, 20 and Kiran, 26. The police initially found 66 kg of ganja in the auto-rickshaw and scooter valued at Rs 26 lakh and claim to have later found a larger stash of ganja on the basis of information given by the arrested persons.
A case has been registered under section 20b and section 27a of the Narcotic Drugs and Psychotropic Substances Act, 1985 by the Kempegowdanagar Police.
The Bruhat Bengaluru Mahanagara Palike (BBMP) continued its encroachment eviction drive along SWDs in Mahadevapura and Yelahanka zones Tuesday.
The BBMP informed that a wall of a residential building in Papaiah layout that encroached the storm water drain (SWD) was cleared. Whereas in Yelahanka a compound wall of NCBS Mandara Housing Complex was removed. Read more here
The Lokayukta police Monday caught a Karnataka Administrative Service (KAS) officer posted with the Bruhat Bengaluru Mahanagara Palike (BBMP) over bribery charges.
The arrested officer has been identified as SM Srinivas, the joint commissioner of BBMP west division. A first division assistant, Umesh, has also been arrested. Know more here
The Bangalore Electricity Supply Company (Bescom) Tuesday informed that its lineman Mahesh Gowder, 38, drowned in the Tippur lake of Gubbi taluk in Tumkuru district Saturday morning while he was on his way to restore power supply which was disrupted due to the heavy rains. Read more…

Mahadevapura MLA Aravind Limbavalli said that today along with Chief Minister Basavaraj Bommai, officials from BBMP, BWSSB, SWD, BESCOM and various departments, held a meeting to discuss emergency decisions to be taken on damages due to rain, clearance of encroachment on rajakaluve development of road and drainage affected due to rain as well as other matters in Mahadevapura assembly constituency limits.
In a first for the state, the Karnataka government has announced reservation for ‘male third gender’ in recruitment to the state armed forces. Know more about this here
Hundreds of dead fish were found floating in Haralur Lake in the Bellandur area of Bengaluru Tuesday. This is the second instance of fish kill in the lake since May this year. Know more…

The bail plea hearing of Murugharajendra mutt seer Shivamurthy has been postponed to Wednesday. A local court in Chitradurga on Tuesday postponed the hearing to Wednesday as the judicial custody of the seer ends on Wednesday.
The Mysuru police had lodged a complaint against Shivamurthy Muruga Sharanaru on August 26 under the Protection of Children from Sexual Offences (POSCO) Act, 2012, and Section 376 of the Indian Penal Code (IPC) pertaining to rape. This came after the girls told members of the state Child Welfare Committee that they were sexually assaulted between January 1, 2019, and June 6, 2022. The case was later transferred to Chitradurga district police.
A five-year-old boy, Aaron Raphel, who won the Toni Kroos Academy challenge, has again taken the internet by storm with his football skills. A compilation video that shows his amazing football skills has surfaced online and business tycoon Harsh Goenka has showered praises on him saying he is the future “Messi from India”.
The video features snippets of the little boy’s game. The clip also shows him passing a ball between a rolling tyre, the trick shot which led to his fame. The agile boy is also seen playing football with other children. Watch here
Aaron, the future Messi from India ⚽️ ….pic.twitter.com/XLWrYjIT7A

The NIA has filed a charge sheet against 10 people in connection with the murder of a Bajrang Dal activist in Karnataka’s Shivamogga in February this year, alleging the accused carried out the killing in order to create communal disharmony in the city.
The agency has alleged that the accused targeted Harsha alias Hindu Harsha, 27, after observing the movements of Hindu community leaders during festivals and celebrations in the city. (Read more)
A BESCOM lineman drowned in a lake in Karnataka’s Tumakuru district Saturday while he was on duty. 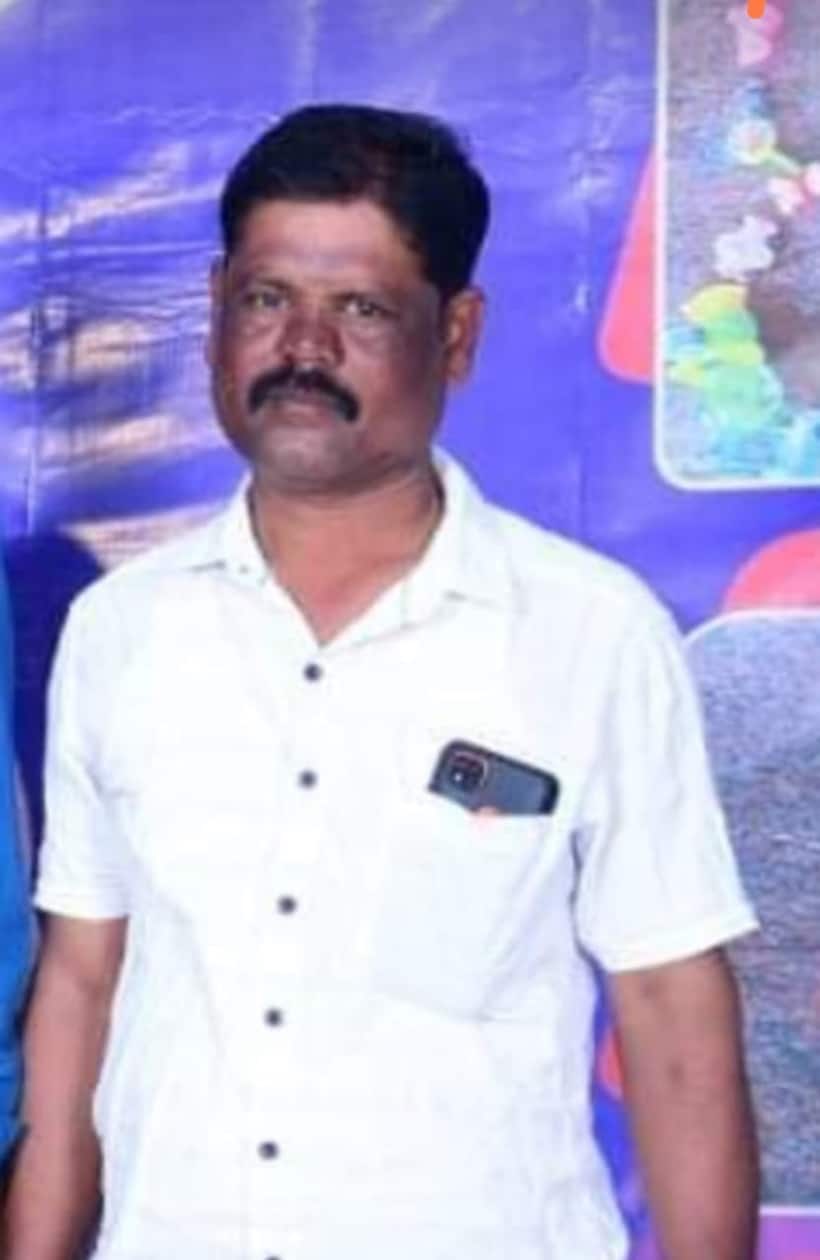 The incident occured at Bidare feeder of Gubbi sub-division. Mahesh Gowder (38) drowned in the Tippur lake of Gubbi taluk on Saturday morning while he was involved in power restoration work. The work was interrupted due to heavy rainfall.
To restore the power, he tried to swim in the lake, but could not reach the pole point and drowned in the water.
The Minister for Large and Medium Industries Dr Murugesh R Nirani highlighted the investment opportunities and potential in Karnataka while participating in an interaction on ‘Investment Opportunities in Karnataka’ on Monday evening in San Francisco.
Meeting our Karnataka entrepreneurs in the US espouses a feeling of pride within me. We discussed how our state is an ideal place for varied investment opportunities and invited them to GIM. The event was organised by the Consult General of India, San Francisco. pic.twitter.com/2oC16gjXzE The court, which has been monitoring efforts to remove the encroachments since 2019, ordered the Karnataka government and the Bruhat Bengaluru Mahanagara Palike on Monday to take immediate steps.
“The city of Bengaluru has faced unprecedented floods and parts of the city were inundated with rainwater. The aforesaid situation has arisen as the BBMP has failed to perform its statutory duties of removal of encroachments,” a bench of acting Chief Justice Alok Aradhe and Justice Vishwajith Shetty said. (Read more)
BBMP will be carrying out the encroachment eviction drive today at Pappya layout, Spice Garden Layout, Shantiniketan Layout and Challaghatta which fall under Mahadevapura Zone.
The British royal family’s Queen Elizabeth II on her first visit to India in 1961 had planted a sapling of a Christmas tree in Bengaluru’s iconic Lal Bagh. After over 60 years, the tree stands 60 feet tall at the garden.
On February 21, 1961, Queen Elizabeth visited several places in Bengaluru, including Lal Bagh. The Queen then stayed at Nandi Hills, 60 km from Bengaluru. She received a grand welcome from then governor and Mysuru state king Jayachamaraja Wodeyar. He was also accompanied by then chief minister B D Jatti and several other officials.

She then visited Lal Bagh where she planted a Christmas tree (cook pine) to commemorate her visit to the iconic garden built by Mysuru ruler Hyder Ali in 1760. Jagadeesh M, joint director (parks and garden), horticulture department, said it has been recorded that Queen Elizabeth enjoyed her visit to Lal Bagh and also planted a sapling.