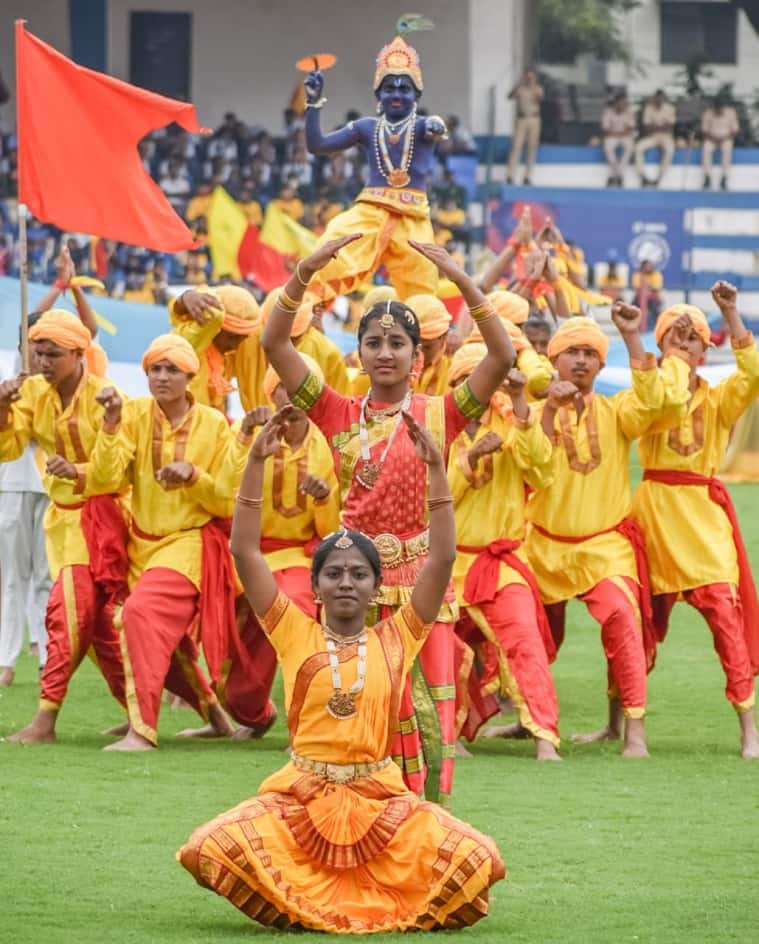 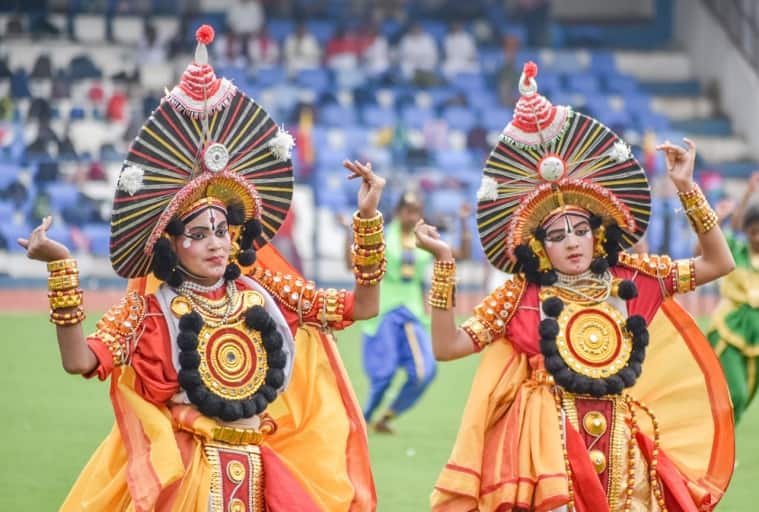 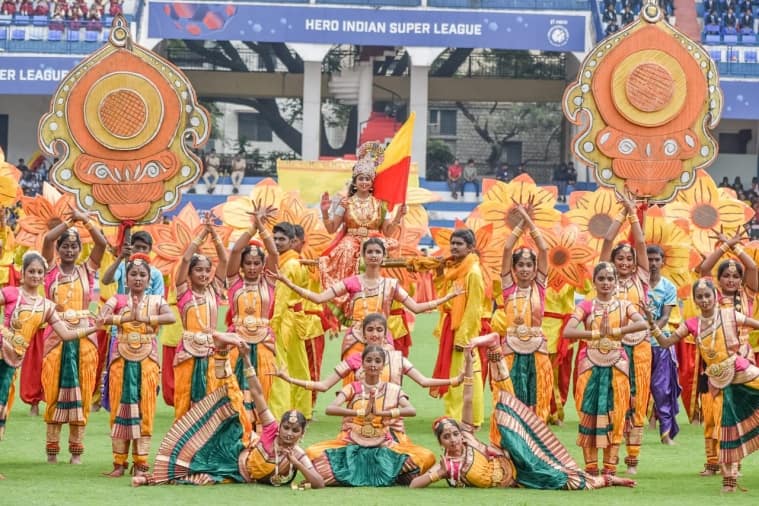 Responding to plea of an acid attack victim, Chief Minister Basavaraj Bommai promised a government job as well as a flat for a woman acid attack victim.Talking to reporters on Tuesday, he said a woman, who has been a victim of acid attack, met him and requested for the government job on the compassionate ground.
The chief secretary was instructed on the spot to give her a job. The state government has hiked pension for the acid attack victims to Rs 10,000 per month as they had to take care of the family needs.
The victim also asked for a house and he will talk to Housing Minister V.Somanna to allot one of the 40,000 flats being constructed in Bengaluru.
Film Actor Rajinikanth arrives to Bengaluru to participate in Kannada Rajyotsava celebrations. The state government will honour late film actor Puneeth Rajkumar with Karnataka Ratna award. A special court has sentenced a 22-year-old to five years simple imprisonment and imposed a fine of Rs 25,000 for making derogatory comments on Facebook posts after the terrorist attack on CRPF jawans in Pulwama in 2019.
The order was passed by Judge Gangadhara C M of the Additional City Civil & Sessions Judge (Special Judge for trial of NIA Cases).
The accused was 19 and a college student at the time of the crime and has been in custody for three-and-a-half years.
The court found him guilty under Section 153A (Promoting enmity between different groups on grounds of religion,) and Section 201 (causing disappearance of evidence). (PTI)
The 67th Kannada Rajyotsava celebrations in Karnataka were marred by protests from a group demanding a separate state for the Kalyana Karnataka region and calls for a black day in Belagavi district by the Maharashtra Ekikarana Samithi. Kannada Rajyotsava is celebrated on November 1 to mark the formation of Karnataka state. (Read More)
The 67thKarnataka Rajyotsava (Karnataka Formation Day) celebrations were inaugurated by CM Basavaraj Bommai at Sree Kanteerava Stadium in Bengaluru on Tuesday morning. 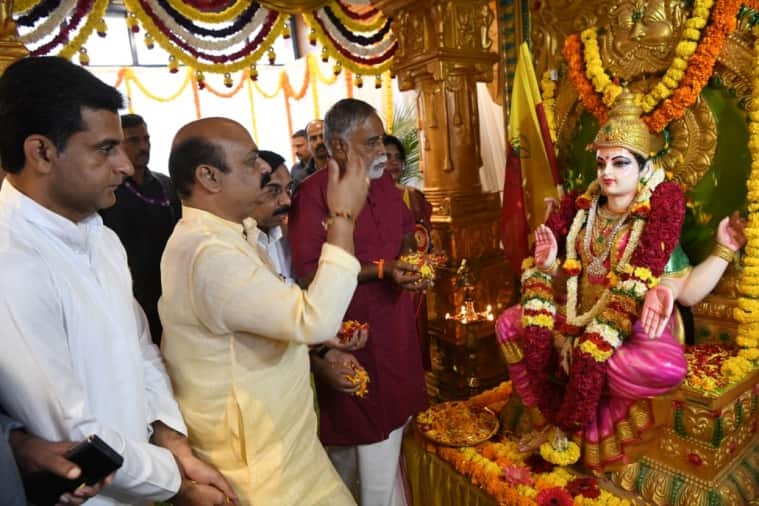 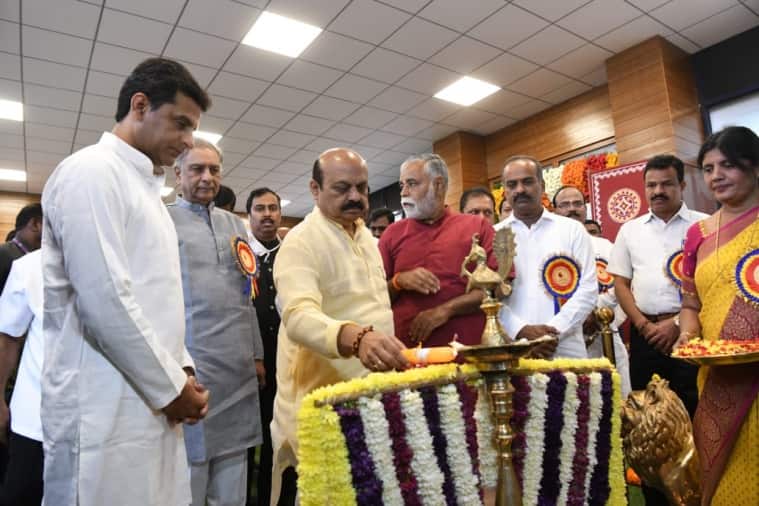 Karnataka’s highest civilian award ‘Karnataka Ratna’ will be conferred posthumously on actor Puneeth Rajkumar on Tuesday, on the occasion of the 67th Kannada Rajyotsava (the state formation day). He will be the 9th recipient of this prestigious honour.
The grand event will be held on the fore steps of Vidhana Soudha, the seat of state legislature and secretariat this evening.
Cine actors Rajinikanth and Junior NTR, and Infosys Foundation Chairperson Sudha Murty will be the guests at the event.
Chief Minister Basavaraj Bommai will be presenting the award, which is likely to be received by the late actor’s wife Ashwini Puneeth Rajkumar, and his actor brothers Shivarajkumar and Raghavendra Rajkumar.
Puneeth, popularly known as ‘Appu’ and ‘power star’, by his fans, made debut on screen when he was just six-months old and went on to win a national award as a child artiste for the film ‘Bettada Hoovu’. He then re-emerged as a lead actor in 2002 and went on to star in 29 films, delivering some big hits. (PTI)
A leopard aged about three years died after allegedly being hit by a vehicle on the Bengaluru-Mysuru expressway near Jigenahalli in Ramanagara district, 50 km from the Karnataka capital, on Monday morning.
According to forest officials, the leopard was a male. “We suspect a speeding vehicle might have hit the leopard injuring it seriously in the head, which led to its death,” said an official. (Read More)
Vidhana Soudha is lit up for Kannada Rajyotsava Day Celebrations, in Bengaluru on Monday 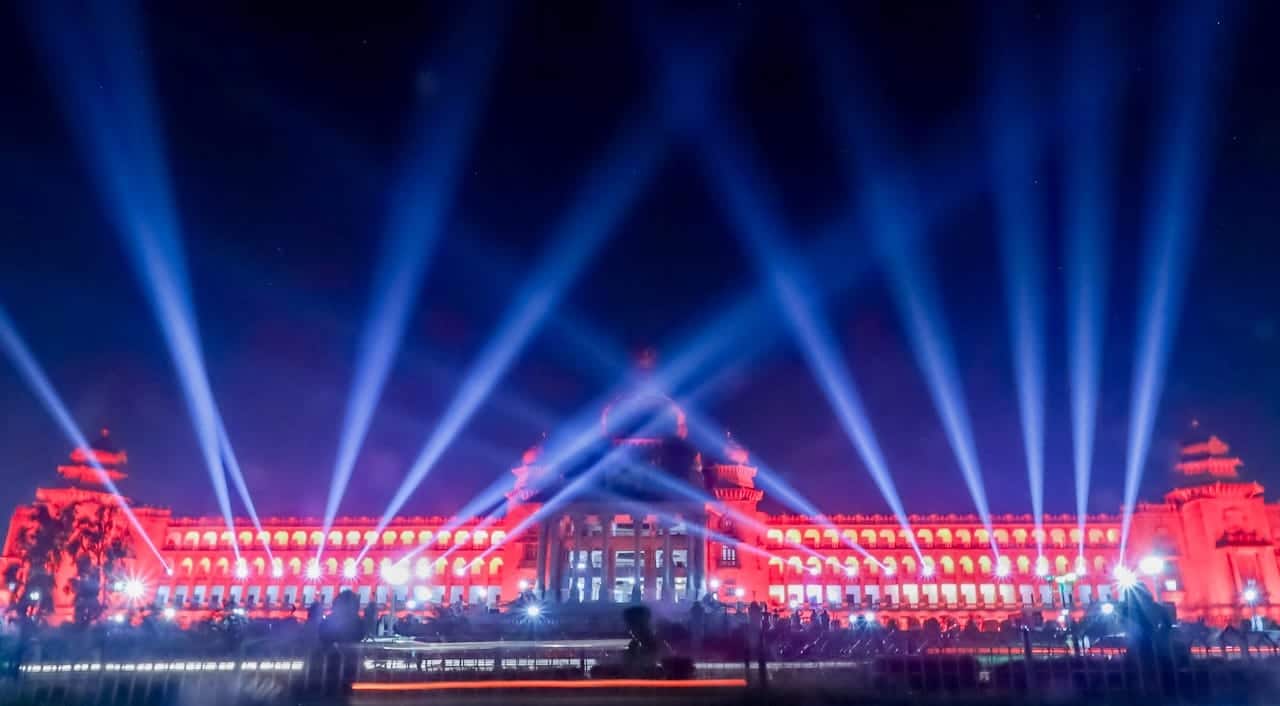 The ruling BJP in poll-bound Karnataka received a shot in the arm as the party won 17 out of 35 seats in the Vijayapura municipal elections and emerged as the single largest party. The party also performed well in the Kollegal city municipal council bypoll by winning six out of seven seats.
Chief Minister Basavaraj Bommai congratulated Vijayapura BJP MLA Basanagouda Patil Yatnal and party workers for achieving an “unprecedented feat” in the municipal polls. The municipal elections in Vijayapura and Kollegal were held on October 28 and the results were announced on Monday.
According to officials, the Congress won 10 seats, the All India Majlis-e-Ittehadul Muslimeen (AIMIM) two, and the JD(S) one while five Independents also emerged victorious in Vijayapura (earlier known as Bijapur) in north Karnataka.
Sources in the BJP said the party is confident of coming to power in Vijayapura with the support of independents. (PTI)
Lingayat seer suicide: 3 including a woman and Kannur mutt seer held for blackmail
Karnataka police have arrested three persons, including a 21-year-old woman and a seer, in connection with the suicide of Kanchugal Bandemutt seer Basavalingeshwara Swamy. Ramanagara SP Santosh Babu on Sunday said that Basavalingeshwara was reportedly being blackmailed by Kannur mutt seer Mruthyunjaya Swamy and Mahadevaiah, a retired teacher and practising advocate.
The 44-year-old Basavalingeshwara was found hanging in his room on October 24 in the mutt located in Magadi taluk of Ramanagara district, 50km from Bengaluru. Read more.
Amid ‘overcharging’ by cab aggregators, Bengaluru auto unions prepare to switch to alternative platforms
Amid growing allegations of top cab aggregators in Bengaluru overcharging passengers and imposing inordinate charges on drivers, autorickshaw unions in the city are preparing to switch to alternative applications that offer rides through new aggregator platforms.
Peace Auto Union’s mobile application Rook will be launched on November 9, which is observed as Autorickshaw Day by drivers in the state. Moreover, Autorickshaw Drivers’ Union, which unofficially rolled out the Namma Yatri app two weeks ago, already sees about 500-1,000 rides every day on the platform. Read more.