Bengaluru News Highlights, January 10, 2023: A mother and her two-year-old son died Tuesday morning after suffering internal bleeding and injuries caused by the collapse of a metro pillar that was under construction in Bengaluru’s Hennur area. According to traffic police officials, a family of four, including the father, twin children (son and daughter), and the mother were on a motorcycle when the pillar tilted and collapsed. The traffic police said that the pillar hit the chest of the mother and the head of the son.  The father and daughter were not injured. The mother died of internal bleeding while the son died of head injuries. Due to the incident, the traffic on the Outer Ring Road near the HBR layout area is congested at various junctions. Traffic field officers present at the spot will be clearing the traffic soon, said the cops.
Meanwhile, a sessions court in Bengaluru prevented the launch of the book titled Siddu Nijakanasugalu (The real dreams of Siddu), which allegedly portrays senior Congress leader and former Karnataka chief minister Siddaramaiah in a bad light, days after controversy erupted over it. The court restrained Higher Education Minister C N Ashwath Narayan and others on Monday from publishing, releasing, selling, and displaying the book till the next hearing.
In other news, The People’s Union for Civil Liberties – Karnataka unit (PUCL-K) Monday released a report on the impact of the hijab ban on Muslim girl students in Karnataka. Noting the state government’s response in the monsoon session of the Karnataka Legislative Assembly which revealed that a total of 1,010 hijab-wearing girls dropped out of PU colleges “because of the hijab ban and other reasons,” the report states that Muslim women students were not only “actively prevented from accessing their right to education but also bore the brunt of a climate of hate, hostility, and misinformation”.
Software engineer Tejaswini, 35, and her son Vihan, 2, died after an under-construction Metro pillar collapsed on them in Bengaluru Tuesday.

Sobbing uncontrollably after the news of the accident broke, Tejaswini’s mother-in-law Nirmala Solake said: “I asked her (Tejaswini) to work from home but my daughter-in-law did not agree. We did not know then that it would cost us so much. Within 10 days of joining play home, my grandson is no more. Our life is devastated.” Read More
Airline operations at the much-awaited Terminal 2 of Bengaluru’s Kempegowda International Airport (KIA) will begin on January 15. While the only airline that will run on the day is the Star Air, other domestic airlines will begin operations in a few days.

Prime Minister Narendra Modi had inaugurated Terminal 2 of the airport on November 11 last year. Read More
Chief Minister Basavaraj Bommai Tuesday announced a compensation of Rs 20 lakh on account of the death of two persons of a family in a Metro pillar collapse.

Speaking to reporters at Dharwad, he said the compensation will be released from the Chief Ministers’ Relief Fund (CMRF). This compensation was in addition to the one announced by Bangalore Metro Rail Corporation Ltd (BMRCL), he added. The BMRCL has also announced a Rs 20 lakh compensation for the family of the deceased. Treatment costs of the victims will also be borne by the firm, according to a release issued by the BMRCL. Read More
The Directorate General of Civil Aviation (DGCA) Tuesday issued a showcause notice to Go First after its flight G8-116 from Bangalore to Delhi left behind 55 passengers in a coach at Bangalore airport.

The aviation watchdog also found that “multiple mistakes” led to the incident. Read More
The Army Day, celebrated on January 15 every year, will, for the first time, be conducted in Bengaluru this year. This is also the first time when the Army Day (the 75th year this time) is being held outside the National Capital.

Addressing the media at the Madras Engineering Group (MEG) & Centre, Bengaluru, Major General Ravi Murugan, General Officer Commanding (GOC), Karnataka and Kerala sub area said Union Defence Minister Rajnath Singh will be the chief guest. The venue of the Army Day parade will be the MEG & Centre, he said. Read More
The Bruhat Bengaluru Mahanagara Palike (BBMP) has launched the ‘Fix My Street’ application in order to help the public flag potholes across the city.

The application allows users to raise a detailed complaint along with uploading their name, phone number, location, and a picture of the road that needs to be repaired. Read More
Four public universities of Karnataka and universities of Pennsylvania signed  on Tuesday for collaboration in higher education.
The agreements applicable to undergraduate courses were inked in presence of Dr CN Ashwath Narayanan, Minister for Higher Education at State Higher Education Council (SHEC). Vice- Chancellors of all the four public universities and delegates of Pennsylvania State system of Higher Education (PASSHE) were present.
A case of caste atrocities and assault filed by a woman claiming to be the estranged wife of alleged racketeer K S Manjunath, better known as ‘Santro Ravi’, accused of immoral trafficking as well as involvement in police transfers, has taken a new turn.
An internal probe by the Bengaluru Police suggests that the woman who filed the case against Santro Ravi on January 2 may have been right in claiming that she was framed in a dacoity case registered by the Cottonpet police in Bengaluru two months ago. Read More 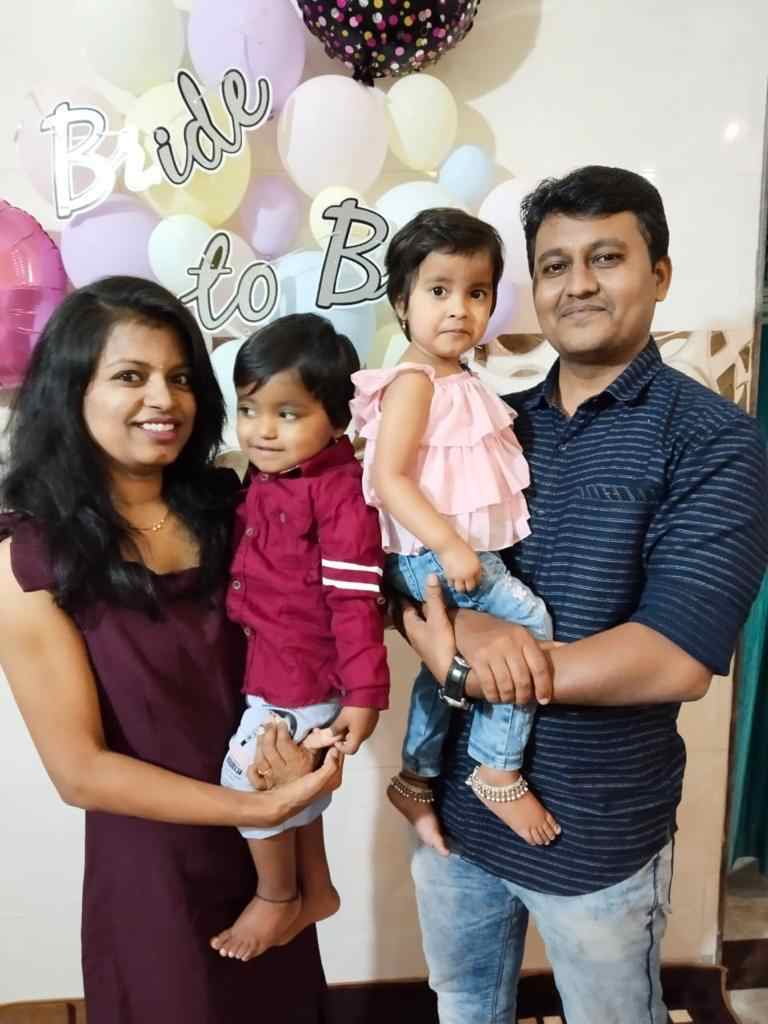 The Academy of Motion Picture Arts and Sciences on Monday announced the list of 301 films that are eligible for the 95th Academy Awards. Hombale films and filmmaker-actor Rishab Shetty expressed their excitement after Kantara received two Oscar qualifications: Best Pictures and Best Actor. Read More
We are overjoyed to share that ‘Kantara’ has received 2 Oscar qualifications! A heartfelt thank you to all who have supported us. We look forward to share this journey ahead with all of your support. Can’t wait to see it shine at the @shetty_rishab #Oscars #Kantara #HombaleFilms

Videos and photos of her followers and husband Rajesh celebrating by bursting crackers and garlanding her have surfaced on social media. This was after a district court in Kalaburgi granted bail to Hagaragi and 25 others earlier in the day. Read More 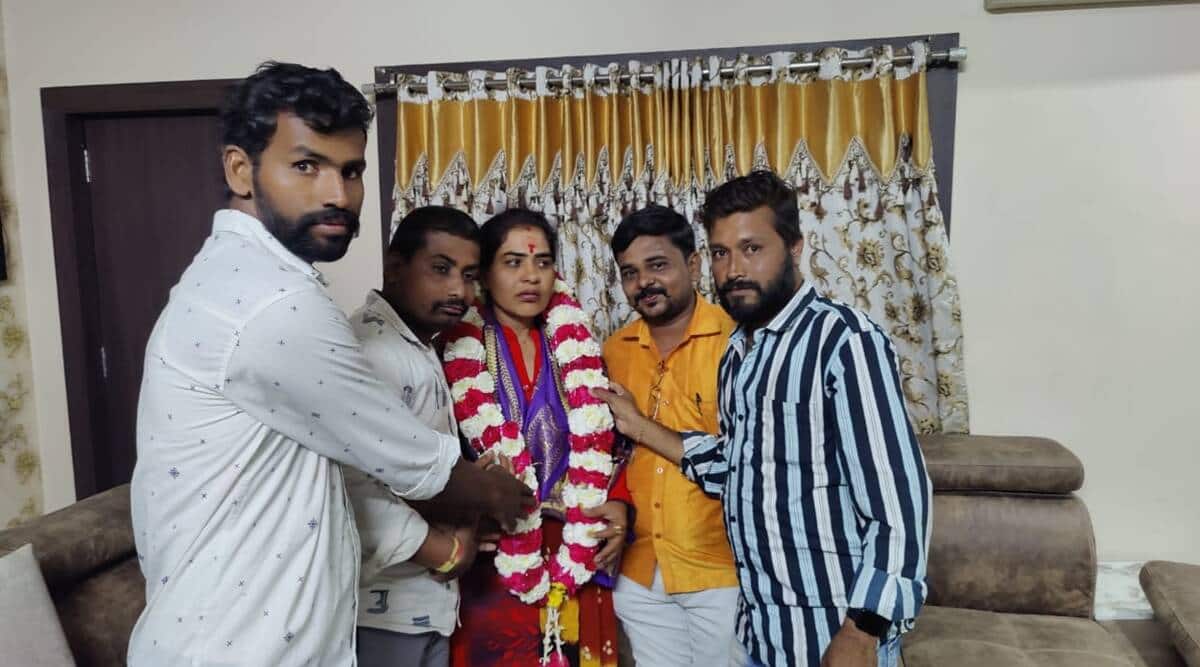 Karnataka Police Saturday arrested a 50-year-old woman who had been demanding snacks, vegetables, and fruits from street vendors in Bengaluru for more than a month posing as a police officer, officials said.

The police have identified the accused as Nethravathi, a resident of Byatarayanapura, Bengaluru, and the wife of an engineer and mother of a doctor. Read More
Senior novelist and Kannada writer Sara Aboobacker passed away Tuesday, at the age of 86.
Born in Kasargod in Kerala, Aboobacker had written several novels and translated many works into Kannada. She was well-known for her novel, Chandragiri Tiradalli, translated into English as Breaking Ties.
Addressing the press on Tuesday, Major General Ravi Murugan, General Officer Commanding (GoC) Kerala and Karnataka sub-area said that defense minister Rajnath Singh will be the chief guest at the Army Day parade on January 15.
The Parade will take place outside the national capital, Delhi, for the first time since independence. Eight marching continents will participate in the parade. A static display of weapons will also be part of the parade. Chief of Army Staff General Manoj Pande will place a wreath at the war memorial on the day of the parade.
(Express Photo) Domestic operations at Terminal 2 of the Kempegowda International airport will begin on January 15, 2023. Star Air is the first airline that would take off from the newly-built terminal on Sunday.
The terminal was inaugurated by PM Narendra Modi in November last year. According to Bangalore International Airport Limited chief executive and managing director Hari Marar, the terminal is equipped to handle at least 25 million flyers annually. It is also technically equipped with automated biometric gates, self-baggage-drop counters, full body scanners, and an automatic tray retrieval system adding to users’ convenience and efficiency. 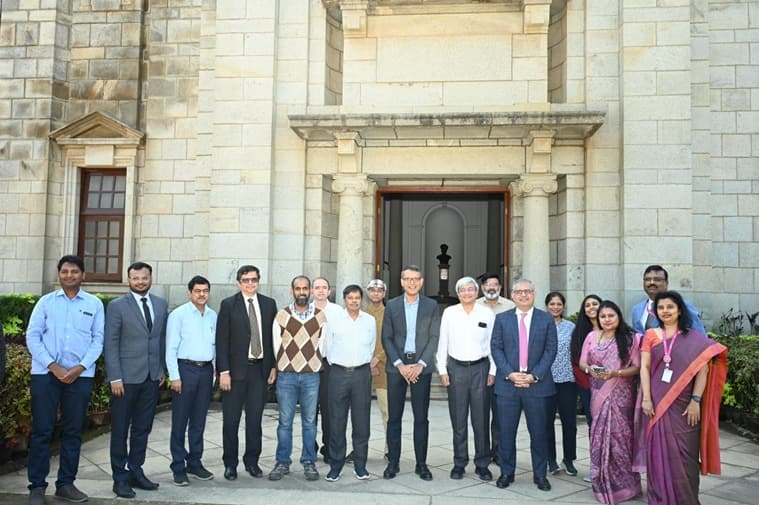 Follow here for the latest updates:https://t.co/6g7WNaZgm0 pic.twitter.com/F8rDghsIwU
A mother and her two-year-old son died Tuesday morning after suffering internal bleeding and injuries caused by the collapse of a metro pillar that was under construction in Bengaluru’s Hennur area. The metro line lies between Nagawara and Bannerghatta lines on the Outer Ring Road.
According to traffic police officials, a family of four, including the father, twin children (son and daughter), and the mother were on a motorcycle when the pillar tilted and collapsed. The traffic police said that the pillar hit the chest of the mother, and the head of the son. The father and daughter were not injured. The mother died of internal bleeding while the son died of head injuries.Due to the incident, the traffic near the HBR layout area is congested at various junctions. Traffic field officers present at the spot will be clearing the traffic soon, said the cops. (Express Photo) Bengaluru’s famous Avarebele food festival is back for its 2023 edition and city residents are once again unable to resist its famous delicacies. The Avarebele Mela, which usually takes place at the narrow yet iconic food street at VV Puram, has now shifted its venue to National College Grounds, Basavanagudi, to accommodate more visitors.

Inaugurated by author and Infosys co-founder Sudha Murthy on Thursday, the unique food festival hosts around 40 stalls featuring over 100 delicacies with avare or hyacinth bean as the chief ingredient. This includes masala idli, holige, samosa, dosa, paddu, ice-cream, payasa, vada, gobi manchurian, peri peri masala and sweets.
While science can be a very niche domain for some, it can also be a ‘Eureka’ moment for others. Museums, laboratories, and exhibitions can help you navigate through the world of science and technology, but with Curiouscity, a discovery centre off Sarjapur Road, you can have ‘fun’ with science.

That is how Bengaluru-based Dr Shonali Chinniah, a marine ecologist, expresses her love for science. Established in 2020, Curiouscity aims to be the go-to destination for students between Class 4 and 7 and for young adults who are curious to know diverse topics of science.