CISCE Board ISC 12th Result 2022 Updates: The Council for the Indian School Certificate Examinations, New Delhi has declared the results of ISC class 12 exams today. The result is now available at the websites — cisce.org, results.cisce.org. The students can also check the result via SMS. For receiving the ICSE, ISC exam results, the students need to send their seven digit roll code to 09248082883.
This year, 18 students have earned the first rank and CISCE has reported an overall pass percentage of 99.38 per cent in ISC exams 2022. Girls have outshined boys, with a pass percentage of 99.52 per cent, while boys secured 99.26 per cent. As the exams were conducted in two semesters, this year, the marks for semester 1 exams have been halved (except for Geometrical and Mechanical Drawing and Art). These marks have been added to the semester 2 score to reach the final score.
The board did not issue any hard copy of the semester 1 exam results and a consolidated result of both semester will be announced now. The marksheets will hold the marks obtained in both terms separately. In case a student is not satisfied, they will have the option to re-appear for the exams on a later date.
Unlike CBSE, the Council for the Indian School Certificate Examination (CISCE) has given equal weightage to students’ performance in the Term 1 and Term 2 theory papers to arrive at the final results of the Class 10 (ICSE) and Class 12 (ISC) exams this year.
Asked why CISCE took a different approach than CBSE, Gerry Arathoon, Chief Executive and Secretary of the Board, said, “Right from the start, when we announced that we were going to conduct two examinations for the academic year 2021-22, we had made it clear to the (affiliated) schools that each term would be accounted for equally.” Read more
At Chandigarh tricity, girls have topped all three streams in class 12 results. Amrit Singh, a student of Strawberry High School, scored 98.50 per cent in the humanities stream. Mahek Vijayvergiya, a student of Strawberry Fields High School, scored 97% marks in science stream and Shubhreet Kaur topped in the commerce stream in the Tricity by scoring 96.75 per cent marks. Read more
Pune students Kalpana Panda and Kanishk Sujai Hegde of The Bishops’ School, Camp, shared the third rank with others in the all-India merit list with 99.25 per cent marks. They also hold the third position in the Maharashtra merit list, sharing ranks with nine others from the state. Read more
From wanting to pursue astrophysics to becoming tech entrepreneur, ISC toppers from Karnataka have diverse aspirations. This year,  the overall pass percentage in Karnataka was 99.72 per cent, higher than the national average of 99.38 per cent. Karnataka girls have done better than boys with a pass percentage of 99.83 per cent, whereas boys achieved 99.60 per cent. Read Karnataka toppers’ stories here
Six out of 18 candidates who are tied for the top position in the ISC Class 12 results announced on Sunday are from West Bengal. All the toppers have scored 99.75 per cent. A total of 27,569 candidates appeared in the state, including 14,944 boys and 12,625 girls. The state’s pass percentage in ISC stood at 99.15 per cent. The country’s pass rate is 99.38 per cent. Read further
Simran Singh of Lucknow who scored 99.75 per cent and is among the national first rank holders in the ISC results aims to join Civil Services. But before that she wants to do engineering from an IIT. Simran said that her teachers always remained available both offline and online and guided her in every subject and that helped her prepare for the examinations. While she expected to do well in the exam, the news of her topping the country was unexpected. Simran’s father Sanjai Singh is chief manager in Indian Bank and mother Abhilasha Singh is a housewife. Simran’s younger brother Sameer is studying in Class VI. She is student of Aliganj branch of City Montessori Inter College in Lucknow. (Reported by Lalmani Verma). Read more Yuvnoor Dhillon has not just proved her excellency in academics but she is also an accomplished sportsperson. A national-level rifle shooter, she had won a gold medal in state-level shooting championship in 2019 and was selected for nationals thereafter. Read her full interview with Divya Goyal 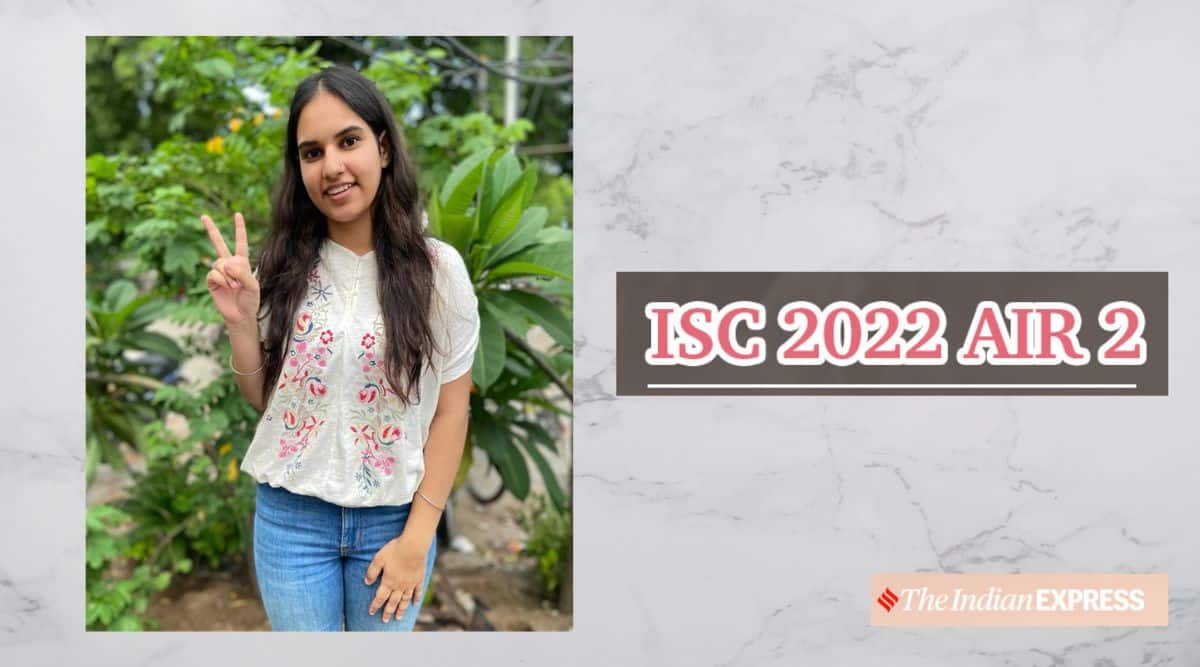 Twins from Gurugram, Anandita and Aditya Misra, are among those tied for the first and second positions respectively in the ISC examination, the results of which were declared on Sunday. The 17-year old twins are students of Scottish High International School Gurugram. Anandita is one of 18 students across India who are tied for the top position, and her twin Aditya is one of 58 students across the country who are tied for second position with 99.5 per cent. Read their full interview with Sukrita Baruah.
(Graphics by Abhishek Mitra) Frankly speaking, I did not expect to be a topper. I just did my best. Nearly six months went to online studies, which was kind of difficult but luckily my elder sister, who is an engineer, helped me out and then when offline classes started, teachers helped us to cover the loss,’ said Akash Srivastava, who believes that Chemistry helped him reach that extra mile in marks.
(Reported by Maulshree Seth) 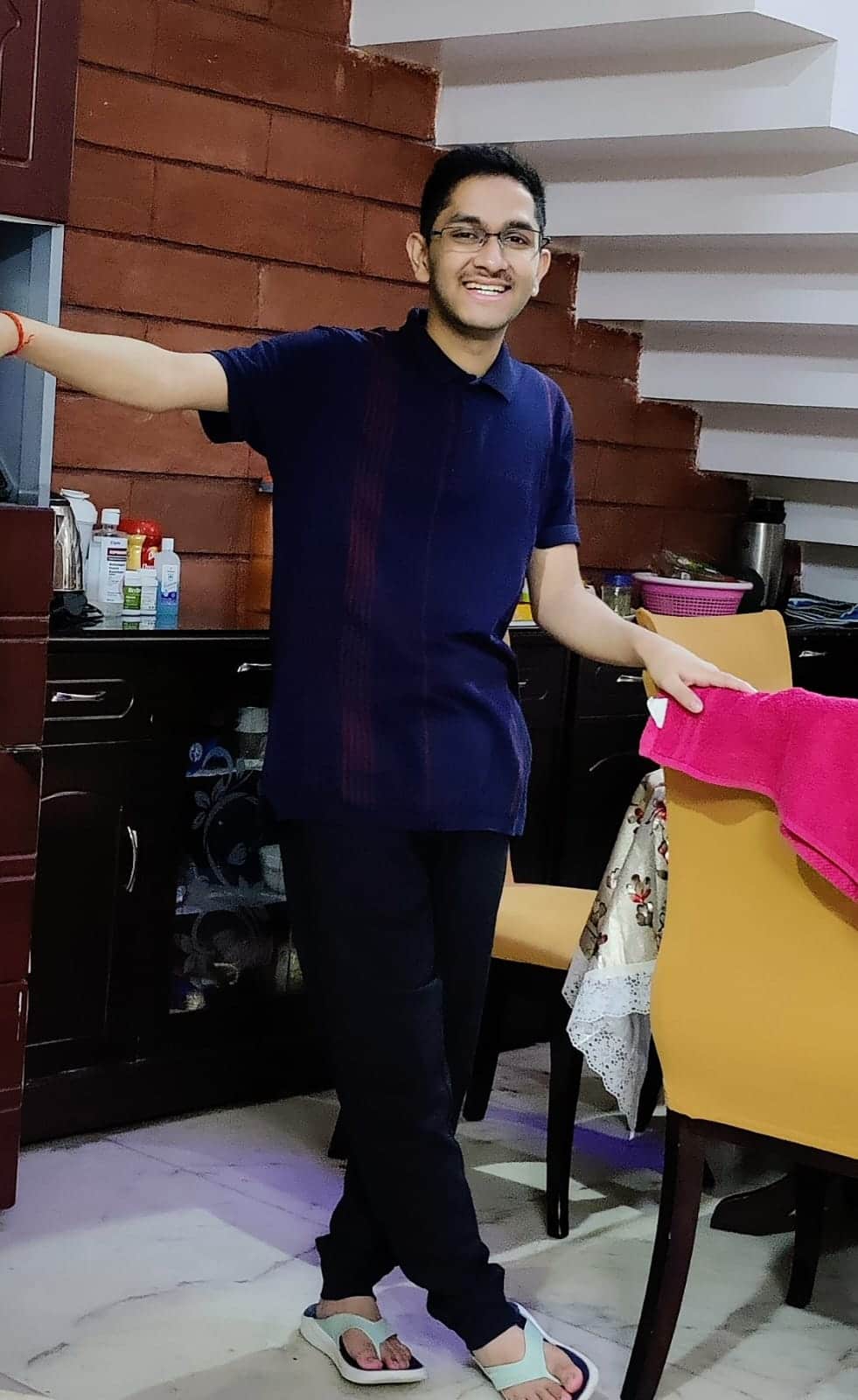 Hardik Jajodia, who scored 98.2% in Commerce, solved 20 sample question papers of accountancy ahead of the examination. “I would ensure that I would be up to date with the portion and not keep at it until the last moment. As I love working on finance, I focused on accounts and math a bit more and I solved over 20 sample question papers of accountancy ahead of my examination,” said Jajodia who is from St Joseph’s Boys High School, Bengaluru.
(Reported by Sanath Prasad) “I am happy with the results I have received but my ultimate goal was to enrol in a law school. I am glad to say that I did get into the National Law School of India University in Bangalore. Law was something that intrigued me as it is an interesting and practical field to be a part of. I had been preparing for the CLAT exams but at the same time I did not let my ISC exams take a back sea,” said Kanishk Sujai Hegde, a commerce student of The Bishops School, Camp, Pune, ranked 3 amongst the All India Merit List for ISC.
“I believe that one should strike a balance between their academics and also engage in some extra curricular activities if they can. It is not one or the other. In fact, until the pandemic, I had been partaking in football tournaments,” he added.
(Inputs by Ruchika Goswamy) 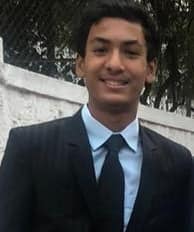 “During pandemic when things went online it was actually difficult to adopt that new way of education. Infact, there were so many things happening that I kept my focus on daily routine, like not keeping any pending work. It wasn’t like I studied whole day or night but I feel if you don’t fear a subject and your focus is clear you will score good,” said Komal Agarwal of Auxilium Convent School Kolkata who scored 99.50 percent and has bagged merit position 2.
(Reported by Sweety Mishra) While she is happy with her score, Upasana is more focused on her next steps. “At this point, I am just getting ready for the next step, which is college admissions,” she said, while adding that she wants to pursue something “along the lines of Microbiology and Biotechnology because that interests me a lot”. She is hoping to get admission in St. Xavier’s College, Mumbai.
Even though her first term result of ISC 2022 was not as perfect as semester 2, Upasana is quite content with the way CISCE has divided the weightage of the two terms. “I mean, it worked great for me so I am very happy with this weightage distribution,” she laughed.
Read her full interview by Deeksha Teri
(Graphics by Abhishek Mitra) 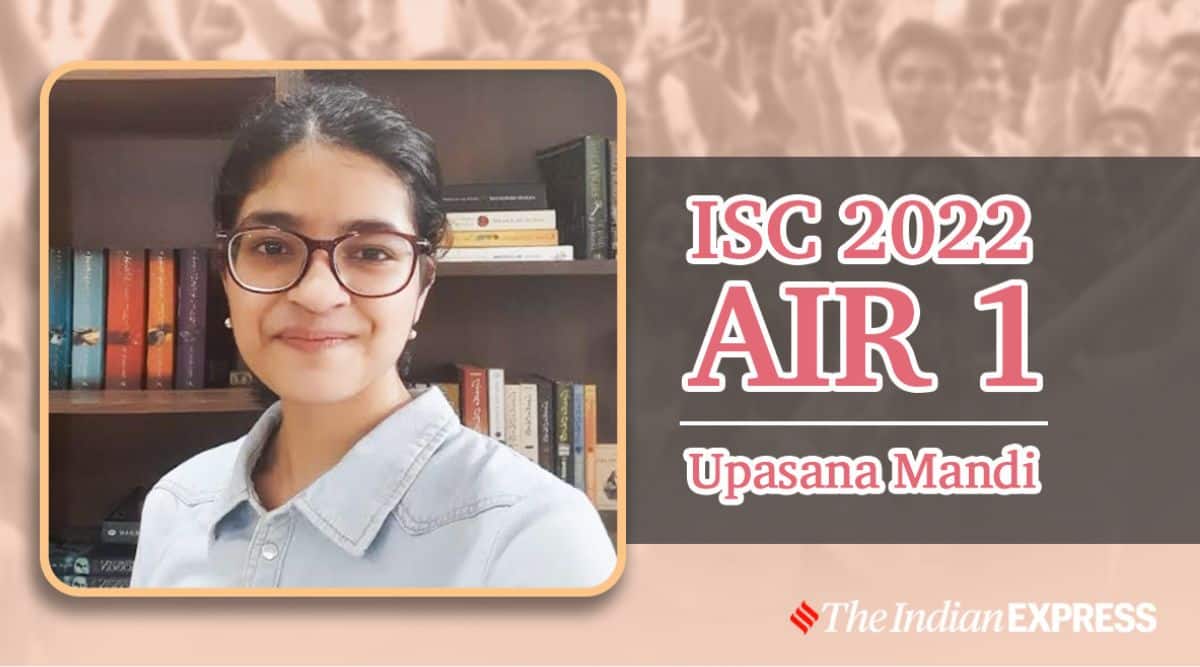 Sumedha Ghosh Chowdhury of Calcutta Girls High School who has scored 99.50 per cent marks and bagged AIR 2 does not believe in stressing before exams.
‘I never stressed about scoring rank. I kept spending time in doing things like singing watching cricket, that helped me killed the monotony. It was easy to focus on studies like that. Students like us in last few years have seen so much. Earlier when I was in class 10, there were regular school classes so it was easier for us but online mode of studies made it very difficult. However, my parents, uncle and my school were very supportive,’ she said. Sumedha now wants to pursue Electrical engineering.
(Reported by Sweety Mishra) “I expected to score 97%, but this was surprising. I think consistency is what helped me achieve this. I was consistent with the assignments and the class works that were assigned to me. Moreover I am also preparing for JEE and I think this supplemented my training for the final examination,” said Sana Jose (AIR- 19) who has applied for IIM-Indore and who loves to become a tech-entrepreneur.
(Reported by Sanath Prasad) CISCE ISC 12th Result 2022 Updates: Students can apply for recheck directly through the Council’s website — cisce.org. However, they will be charged a fee of Rs 1000 per paper and for ISC it will be Rs 1000 per subject. The online module for submitting the recheck request will only be live for three days after the date of result declaration.