Here are some noteworthy cleantech announcements of the day from around the world:
Hindalco Industries, Aditya Birla Group’s metals flagship, signed a memorandum of understanding MoU with Phinergy, an Israel-based pioneer in metal-air battery technology, and IOC Phinergy (IOP) – a joint venture between Phinergy and India’s leading energy PSU Indian Oil Corporation. Per the MoU, Phinergy and IOP will partner exclusively with Hindalco in India on R&D and pilot production of aluminum plates for Aluminum-Air batteries, and recycling of the aluminum, after usage in these batteries.
Delta, a power and thermal management solutions company, announced it has cumulatively delivered over 6,000 electric vehicle (EV) chargers to customers in India. Delta partnered with major stakeholders in the EV charging infrastructure sector, which includes major charge point operators, such as TATA Power, Bangalore Electricity Supply Company (BESCOM), Bharat Petroleum Corporation (BPCL), and Energy Efficiency Services (EESL), as well as various original equipment manufacturers (OEMs). Delta has supplied more than 1,000 chargers under the agreement with Tata Power Company, 60 EV chargers for several sites operated by EESL (CESL), and 114 EV chargers to BESCOM.
UKA, a Germany-based wind farm developer, and the Nordex Group, a wind turbine manufacturer, announced the extension of their existing framework agreement for a further two years. This partnership currently covers 80 wind turbine generators, representing a capacity of around 500 MW. The first orders for a volume of 100 MW have already been initiated under the new framework agreement and are due to start operation in 2023.
Panasonic Energy, a Panasonic Group company, and Kansas Gov. Laura Kelly jointly announced that the state of Kansas approved an Attracting Powerful Economic Expansion (APEX) state incentive application submitted by Panasonic Energy Co. The agreement would make the state the location for a proposed U.S.-based lithium-ion battery manufacturing facility, pending approval by Panasonic Holdings Corporation Board of Directors. Panasonic Energy plans to develop the project at a property in Kansas, which is expected to drive significant economic activity and opportunities for the local economy and could create up to 4,000 new jobs and result in an investment of approximately $4 billion. The company has identified a site for this potential project in De Soto, Kansas.
Anaergia announced plans to construct a biogas plant in Kasaoka, Okayama, for Toyo Energy Solution to produce renewable electricity using biogas made by anaerobically digesting cow manure from Okayama Prefecture farms. The project will anaerobically digest about 250 tonnes per day of cow manure from the region and use the resulting biogas to fuel a combined heat and power (CHP) generator system. The system will produce about 1.2 MW of clean, renewable electricity, enough to power about 2,200 homes each year. Anaergia will design, engineer, install, and commission the plant, and Toyo will serve as the engineering, procurement, and construction (EPC) contractor.

Satish Shetty is a Copy Editor with Mercom India. Prior to Mercom, Satish was a multimedia news producer at Reuters, where he gained experience in digital news media. Satish has his Bachelor of Arts (B.A.) degree in Broadcast Journalism from Limkokwing University of Creative Technology, Malaysia.
More articles from Satish Shetty.
Newsletter Signup 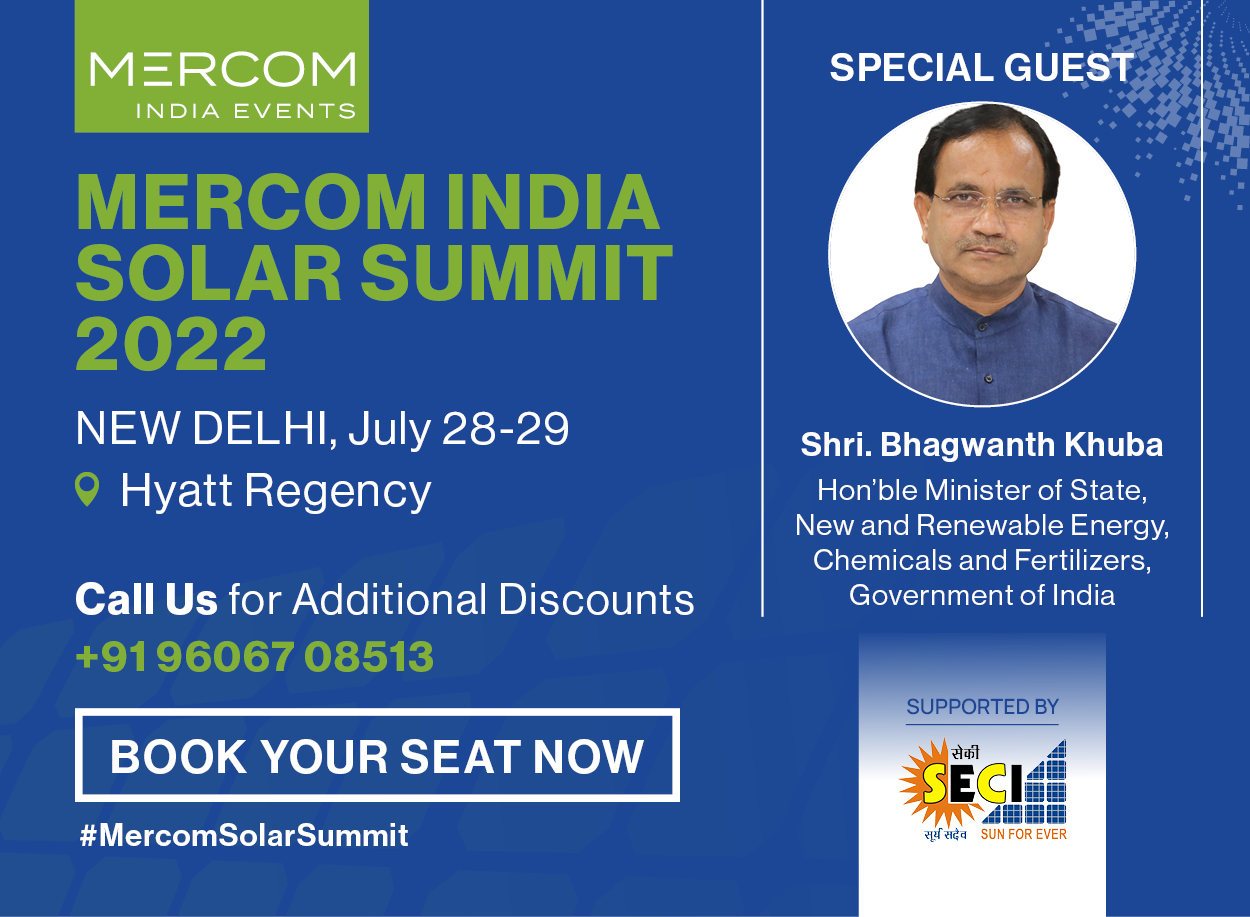