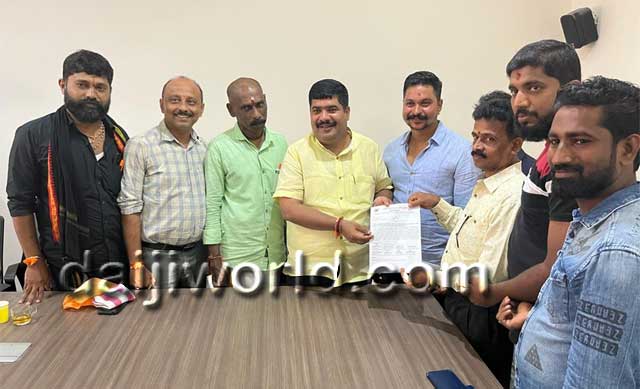 “The plan of this building was made during the rule of the earlier government. But the BJP government has brought in anti-cow slaughter law recently. The work of the market should have begun long ago. But Congress brought a stay order from the court. The Congress has created obstacles for various projects in the city.
“This plan was implemented long ago. But no attention was given to change the plan after the introduction of anti-cow slaughter law. Now we will look into it. We will see that beef stalls are not allowed in central market.
“All MLAs are alert about illegal cow slaughter centres. The government will identify illegal cow slaughtering spots and the property will be confiscated. Already many properties are confiscated through law. Through this law and anti-cow slaughter law, awareness will be created among public,” he said.
Members of the VHP met the MLA and submitted a memorandum to him urging to withdraw permission to set up beef stalls at central market.