SARGAM SANGEETOTSAVA Season 5 – A Tribute to Lata Mangeshkar and Dr SP Balasubrahmanyam
Updated
Bengaluru, Nov 11 (IANS): Prime Minister Narendra Modi on Friday unveiled the ‘Statue of Prosperity’, the 108-feet tall bronze statue of Bengaluru founder Nadaprabhu Kempegowda on the premises of the Bengaluru International Airport.
It has been built to commemorate the contribution of Kempegowda towards development of the city. 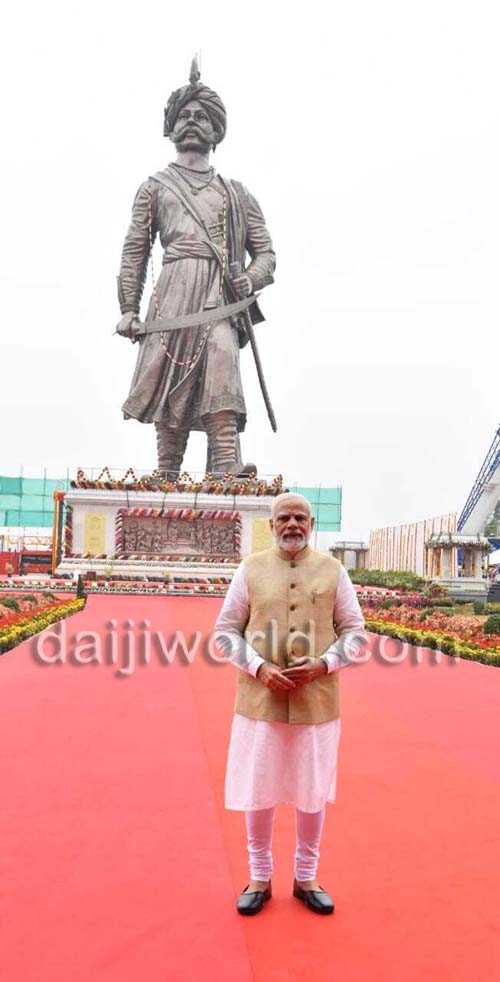 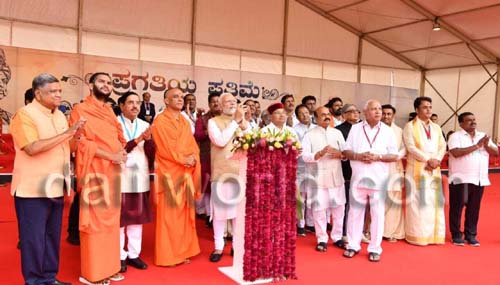 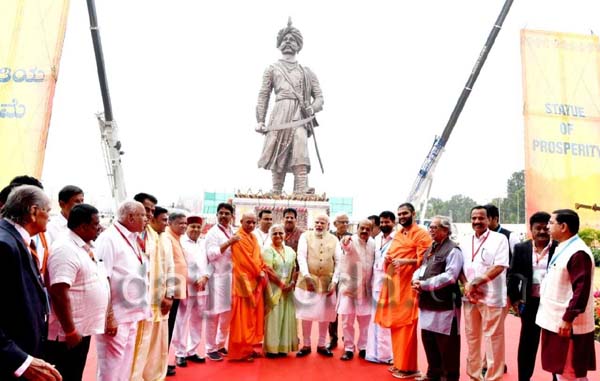 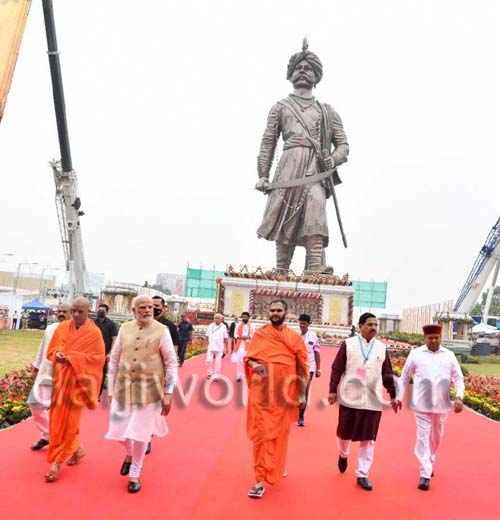 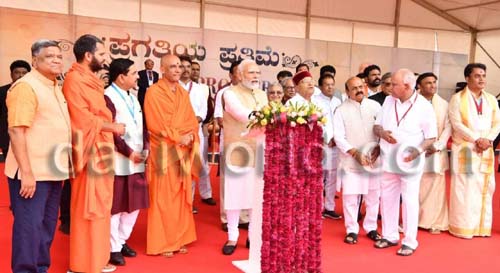 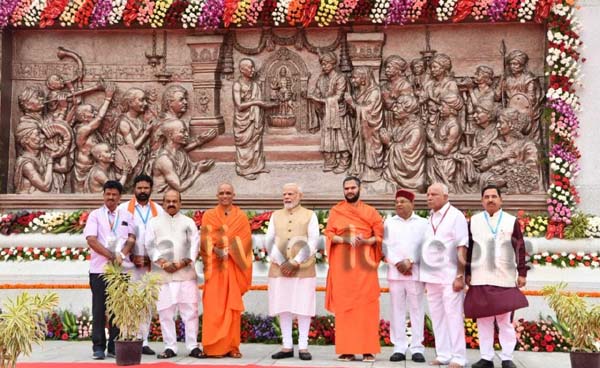 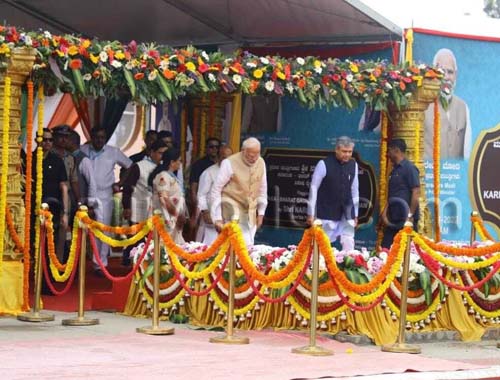 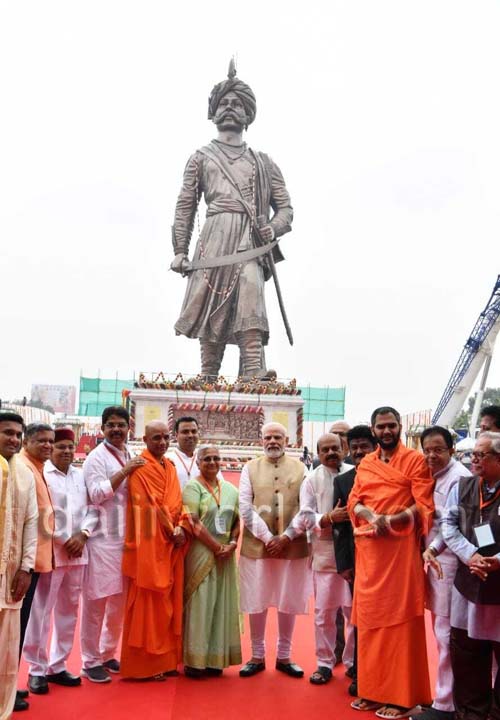 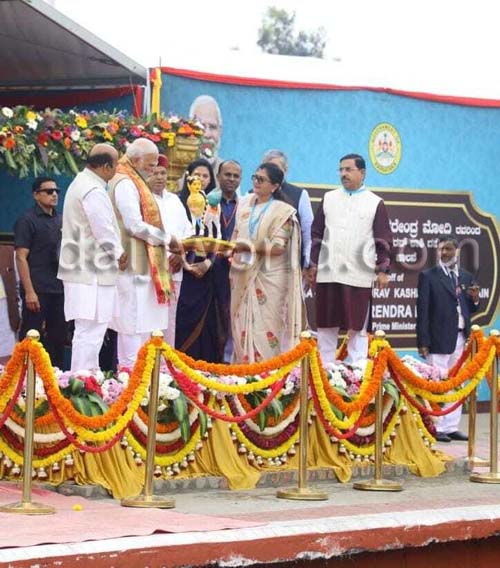 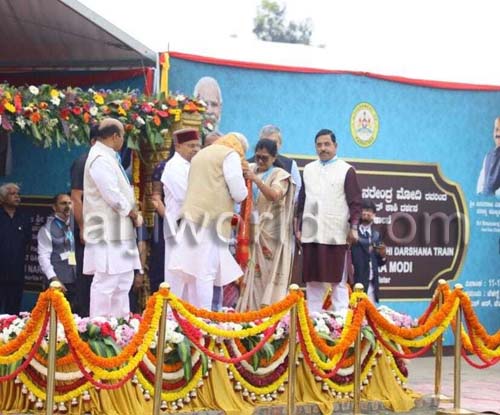 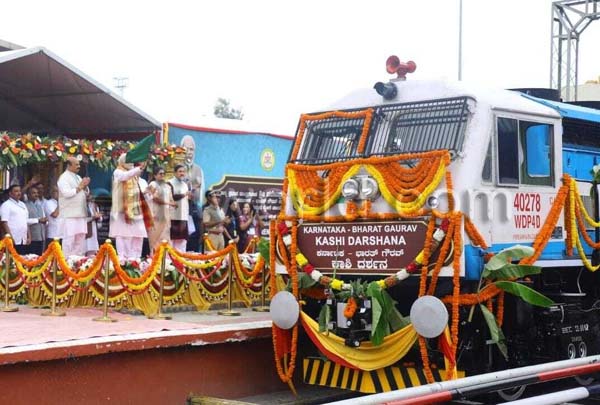 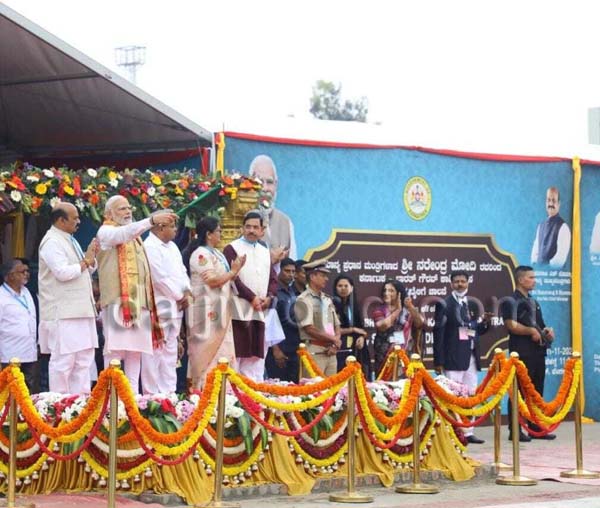 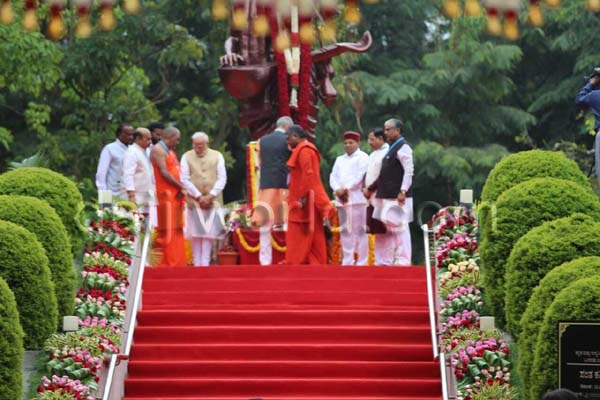 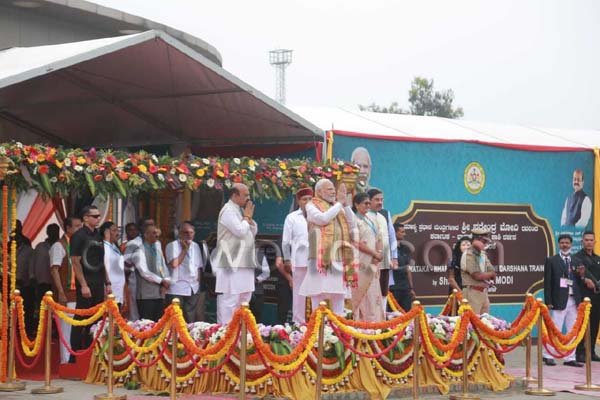 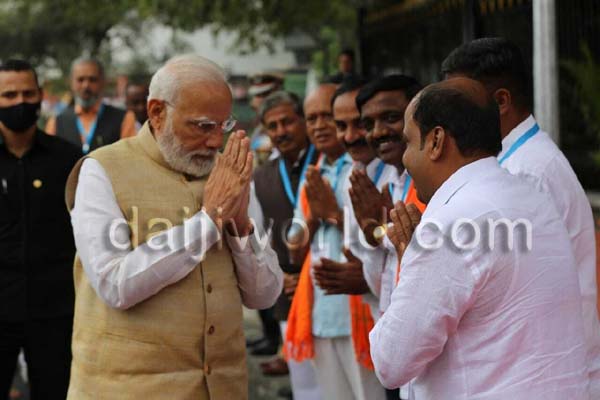 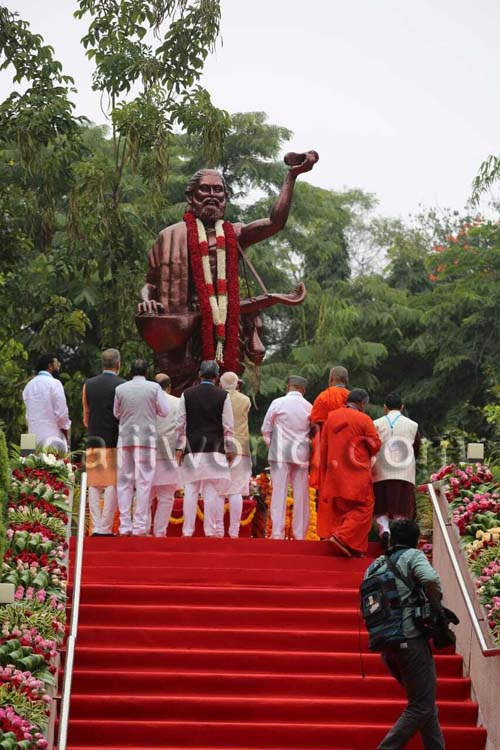 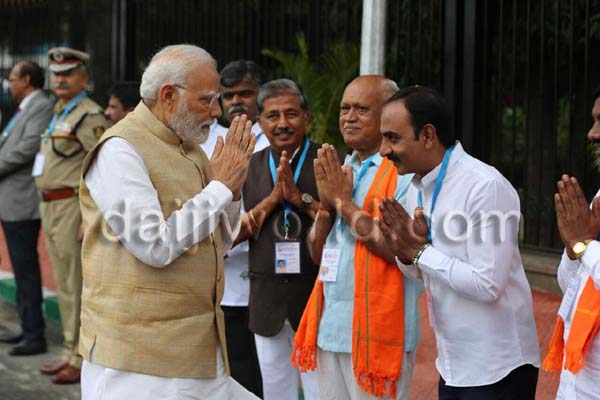 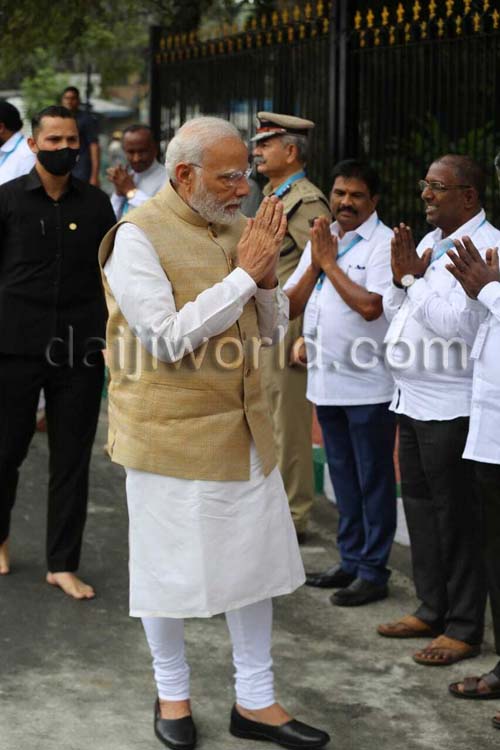 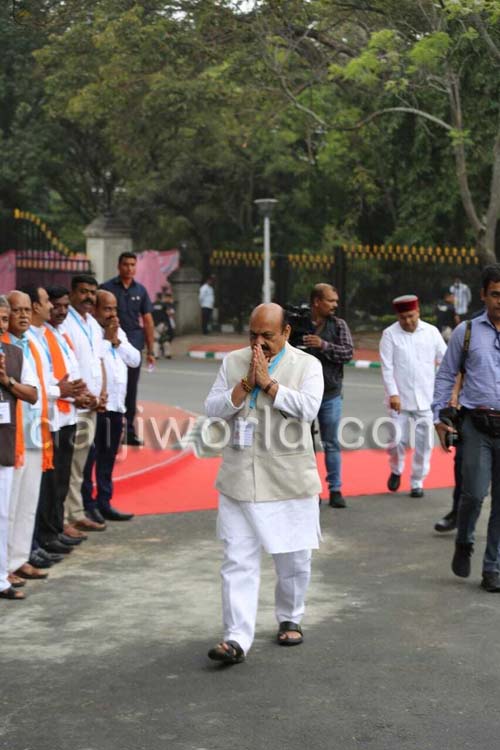 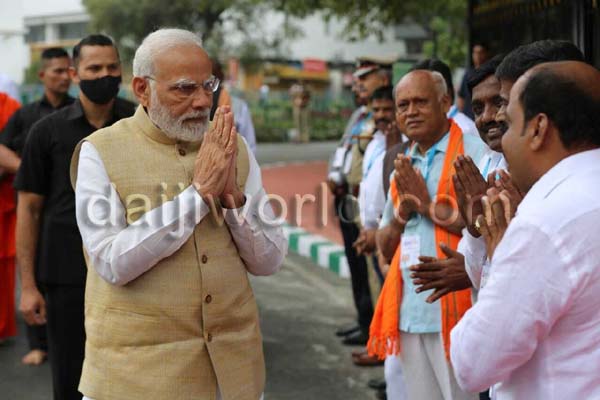 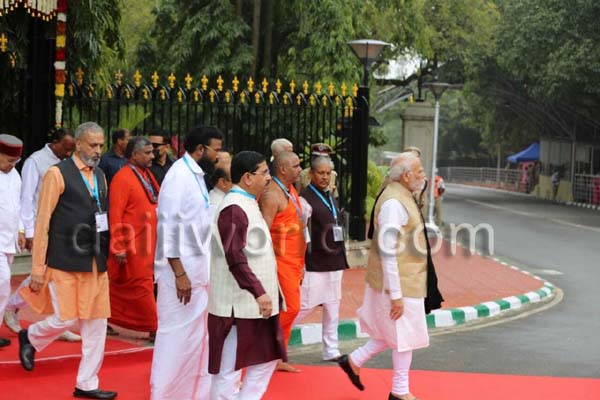 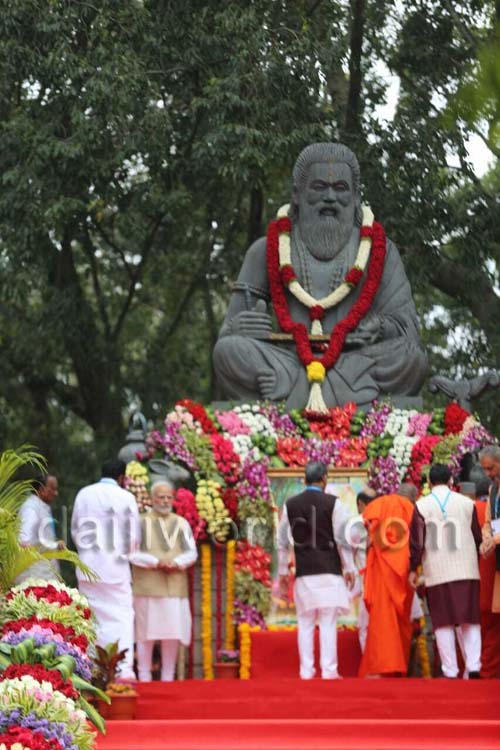 After unveiling the statue, the Prime Minister poured sacred water on the feet of the statue of Kempegowda. No other airport in the world has such a tall statue of its founder and this goes as a record in the World Book of Records, Karnataka Higher Education Minister Ashwathnarayan said.
The project comprising the Kempegowda statue and a 23-acre theme park has been built at a cost of around Rs 84 crore.
Modi on Friday also inaugurated Terminal 2 of the KempeGowda International airport in Bengaluru. The terminal is built at a cost of Rs 13,000 crore to cater to additional 2.5 crore passengers annually.
Karnataka Chief Minister Basavaraj Bommai, Union Minister for Coal, Mines and Parliamentary Affairs Pralhad Joshi and others were present on the occasion.
The Prime Minister took a tour of the swanky Terminal 2, billed as garden terminal.
He also flagged off the Vande Bharat express train and Bharat Gourav Kashi Darshan train.
Vande Bharat express train travels at a speed of 160 kms per hour and can pick up the speed of 100 kms per hour within 52 seconds.
After flagging off trains at the Sangolli Rayanna Railway Station in Majestic, the Prime Minister alighted from his vehicle and walked towards the huge crowd and waved at them.

Earlier report
PM Modi arrives in Bengaluru, to unveil 108-feet tall Kempegowda statue
Bengaluru, Nov 11 (IANS): Prime Minister Narendra Modi is scheduled to unveil a 108-feet tall bronze statue of Kempegowda in the city on Friday.
On his arrival by a special flight at the HAL airport, the Prime Minister was accorded a warm welcome by Chief Minister Basavaraj Bommai and Governor Thawar Chand Gehlot. 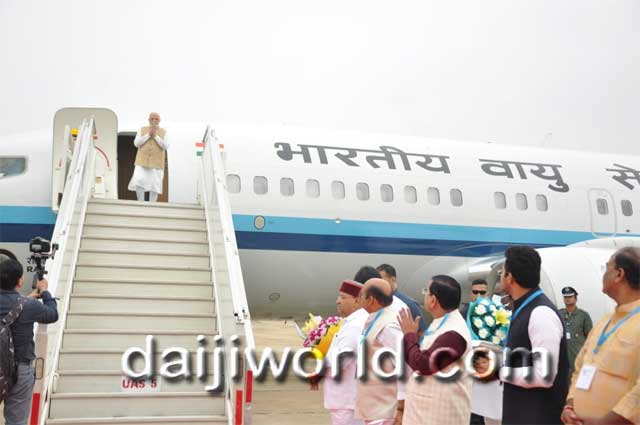 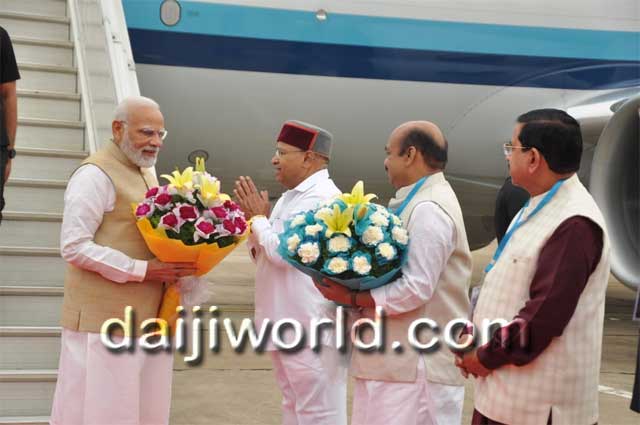 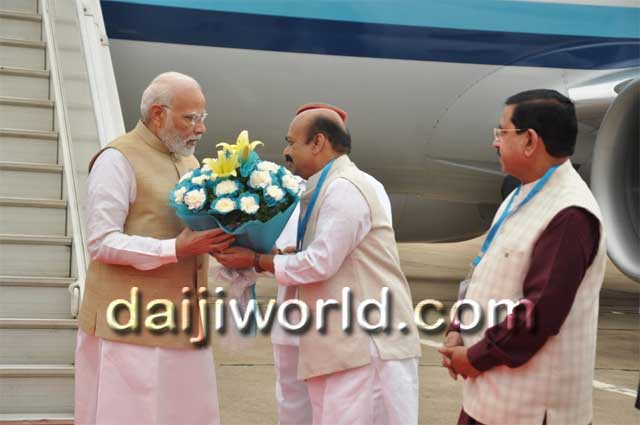 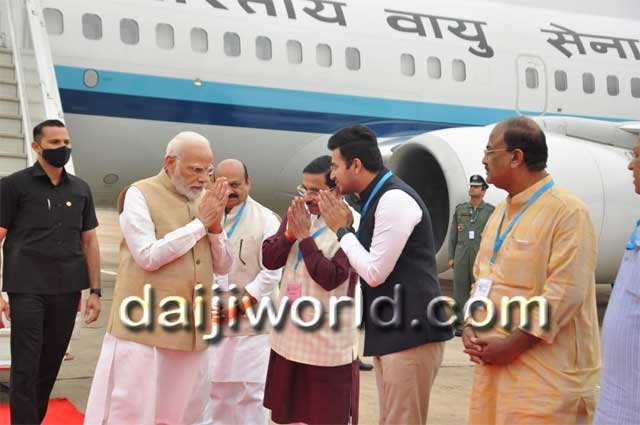 Union Parliamentary Minister for Coal, Mine and Parliamentary Affairs Pralhad Joshi, State BJP in-charge Arun Singh, MP Tejaswi Surya and MLA Arvind Limbavali were also present on the occasion.
During his whirlwind tour spanning about four hours, he will take part in five programmes, including the inauguration of a 108-feet tall bronze statue of founder of Bengaluru city Kempegowda and a public rally.
Prime Minister Modi will arrive at the Vidhana Soudha and pay tributes to the statues of social reformers Kanaka Dasa and Valmiki on the premises.
He will then proceed to the Sangolli Rayanna Railway Station in Bengaluru and flag off the Vande Bharata Express and Bharat Gourav Kashi Darshan trains.
Prime Minister Modi will reach the KempeGowda International Airport in Bengaluru and inaugurate swanky Terminal-2 at 11.30 a.m. He will also inaugurate the KempeGowda statue built in the premises of Bengaluru airport at 12 noon.
At 12.20 p.m., he will participate and address a public gathering.
Bengaluru Police Commissioner Pratap Reddy stated that 6,000 police personnel would be deputed to ensure security during the visit of PM Modi to Bengaluru.
PM Modi will leave for Madurai Airport in Tamil Nadu from Bengaluru at 1.45 pm.