Maharashtra –
Mostly, dry weather will prevail. Night temperatures over Vidarbha are set to drop in the coming days.

(File pic) pic.twitter.com/bs53dFIbxE
Jio is expanding the availability of its ‘True’ 5G network in India. The company has now confirmed that the Jio 5G network is now available in the city of Pune. Jio network users in Pune will be able to access free unlimited 5G network with up to 1Gbps download speed on select smartphones by registering on the Jio Welcome Offer portal on the My Jio app.
The Jio 5G network is now available across 12 major cities in India, which includes cities such as Bengaluru, Delhi, Mumbai, and Chennai. In all these cities, Jio claims that a user should get an average download speed of at least 500Mbps.
Amid an increase in the number of measles cases, the Centre has asked states to consider administering an additional dose of measles and rubella vaccines to all children aged nine months to five years, in vulnerable areas. Recently, increased numbers of measles cases were reported from certain districts of Bihar, Gujarat, Haryana, Jharkhand, Kerala and Maharashtra. In a letter to the Principal Health Secretary of Maharashtra that was also marked to all states and Union territories, the Health Ministry said this surge is of particular concern from the public health point of view. (PTI)
PMC informed that the power utility is taking up urgent repair work at Parvati substation and the civic administration has planned for repair and maintenance at Parvati, Cantonment, SNDT and Vadgaon water works.
The areas that will have water cut include central part of the city, Peth areas, Satara road area, Deccan, Swargate, Shivajinagar, Lokmanyanagar, Rajendranagar, Karve road, Kothrud, Senapati Bapat road, Bhosalenagar, Bhandarkar road, Prabhat road, APte road, Ghole road, Erandwane, SNDT area, University, Kirkee, Sangamwadi, Mula road, Kirkee Cantonment Board, Aundh, Bopodi, Sanewadi, Sakalnagar, Sahakarnagar, Padmavati, Bibewadi, Salisbury Park, Parvati gaothan, Meethanagar, Kondhwa Khurd, Pune Cantonment, Koregon Park, Wanowrie, Nagarroad, ALandi road, Vadgaonsheri.
Eminent actor Vikram Gokhale has reportedly been admitted to the intensive care unit (ICU) at Pune’s Deenanath Mangeshkar hospital in a critical condition.

There is no official statement from the hospital following the family’s request for privacy. It has been reliably learnt that the veteran actor was admitted to the hospital last week. “He has multiple problems,” those in the know of Gokhale’s condition told The Indian Express. Read More
The former chief justice of India Uday Umesh Lalit being presented a memento during an event to celebrate 75 years of establishment of Pune Bar Association and 100 years of foundation stone laying of Pune District Court building, in Pune district, Wednesday, Nov. 23, 2022. (PTI Photo) 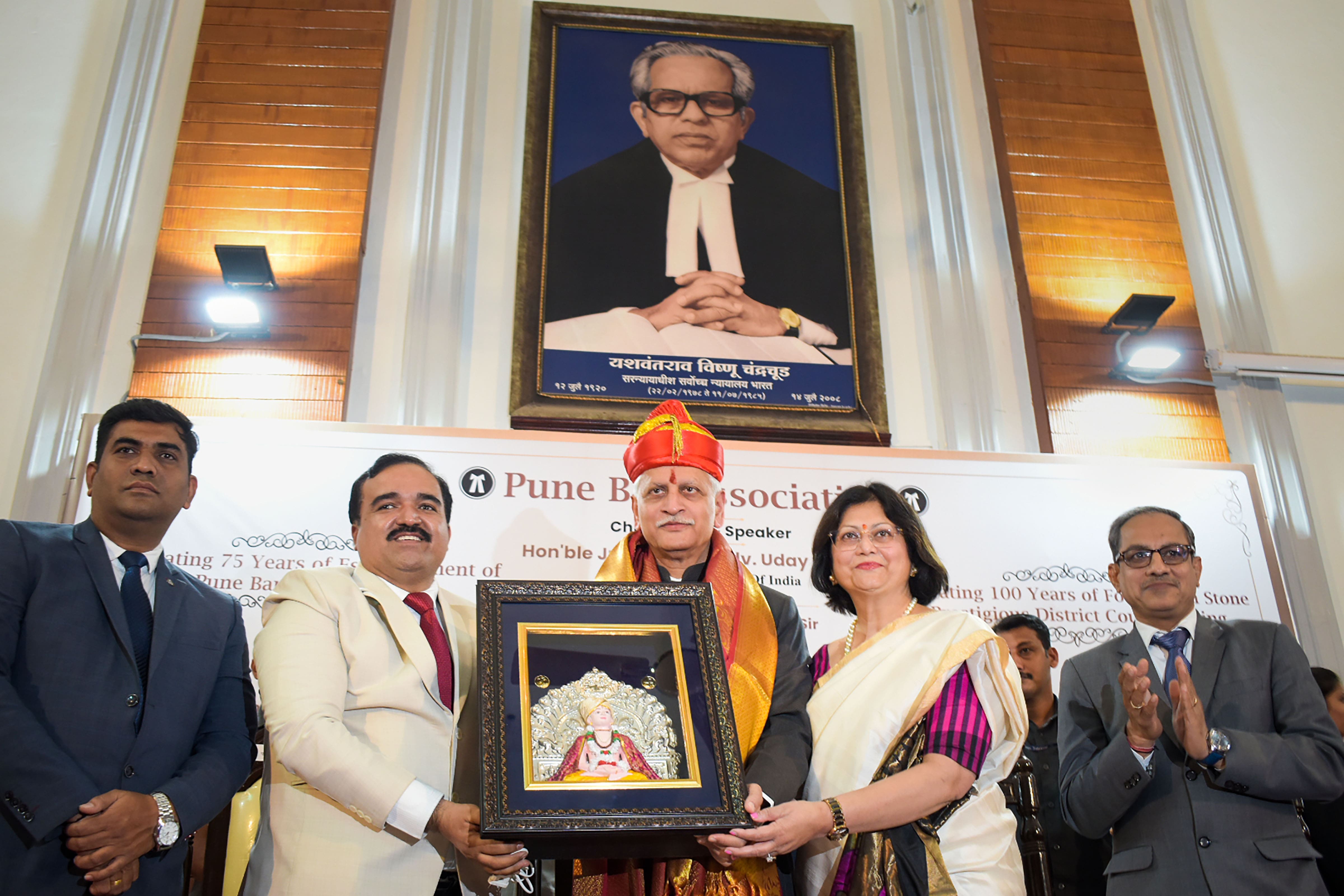 A 32-year-old man from Pune who was previously into construction business was allegedly kidnapped and beaten to death last week for the money he owed to bookies for cricket betting, police said Wednesday.

The probe has revealed that the suspects had been threatening the man and demanding their money back, prior to the abduction on November 15. Read More
Veteran film, television and stage actor Vikram Gokhale has been admitted to Deenanath Mangeshkar Hospital in Pune following health complications. Gokhale’s family on Wednesday confirmed that the 82-year-old actor is critical.

They shared with indianexpress.com, “He was doing ok a few days ago. Won’t say that he was fine as he has multiple health issues. He has been at the hospital for the last few days and was recovering too, but from yesterday he’s critical. We are waiting for the doctors to tell us about the way forward. Hopefully tomorrow they’ll tell us more, tell us what needs to be done. But he is critical, and that’s all we can say.” Read More With a few meetings of the G20 summit likely to be held in Pune next year, the Pune Municipal Corporation (PMC) has begun preparations by undertaking road repair work in parts of the city where delegates are likely to visit.

“The PMC has decided to beautify the various junctions on city roads ahead of the G20 summit in the city. The beautification work is undertaken a Built Operate Transfer (BOT) basis,” said Prashant Waghmare, City Engineer, PMC. Read More
Pune is a thriving centre of starups and business and this new venture in the city is taking wellness treatment to different heights.
Pune Inc: National award-winning Atmantan centre takes wellness treatment to greater heights
Twenty years ago, Nikhil Kapur, an ironman triathlete and sports nutritionist, realized that the pace of wealth creation in India had gained steam, and it was giving rise to chronic ailments, commonly referred to as rich man’s diseases that used to be witnessed in the West earlier. With wellness as his focus, the Fergusson College and Symbiosis Institute of Business Management graduate along with his wife Sharmilee Agarwal Kapur founded a wellness centre near Pune on a lush Sahyadri mountain range overlooking Mulshi dam, and called it Atmantan Wellness Centre. Atmantan refers to ‘Atma’ (soul), ‘Mana’ (mind) and ‘Tann’ (body). The centre was formally opened on World Health Day, April 7, 2016.
Another interesting read would be to know more about the history of the gangs in Pune. How has Pune’s underworld changed over the years.
Know your City: How Pune’s underworld has changed with the times, from tangas and soda bottles to SUVs and social media
In the 60s and 70s, gangsters in Pune roamed around the city on tangas or horse carriages to commit crimes. Their favoured choice of weapons? Bicycle chains, Rampuri knives, and in some cases, even soda bottles. Decades later, police officials say, Pune’s underworld has changed. Organised gangs now use high-end SUVs, sophisticated foreign-made firearms – and social media – to claim their supremacy.
Crime in the city however has changed its ugly form as the recent case of suicide in the city where the mastermind was arrested from a village in Rajasthan
Pune sextortion & suicide case: ‘Mastermind’ arrested from Rajasthan village
In a breakthrough, the Pune city police arrested the alleged mastermind behind several sextortion crimes in the country from a village in Rajasthan. The accused is involved in the case involving a 19-year-old from Pune, who died by suicide after being blackmailed by a “woman” with whom he came in contact through social media, police said. The accused has been identified as Anwar Suban Khan (29), a resident of Gothri Guru village in Lachhmangarh taluka of Alwar district of Rajasthan. Similar to Jamtara village in Jharkhand, many youngsters from the village were found to have been trained in committing digital crimes like the online “sextortion” case in Pune, police said.